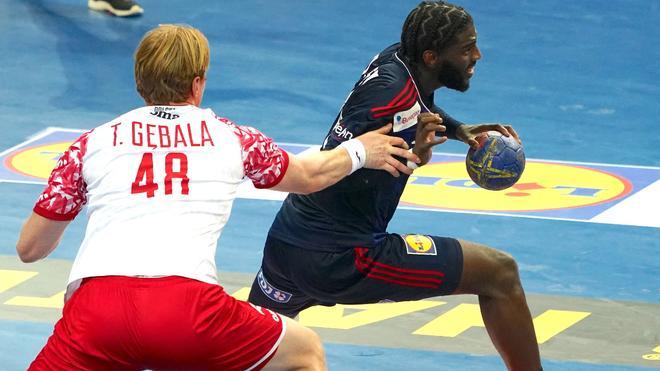 The French handball team began its journey in the World Cup in Poland and Sweden with a coup of authority in its goal of dethroning Denmark after beating Poland 26-24 this Wednesday in an inaugural match that once again increased the figure of the pivot Ludovic Fabregas.

The Barça player not only demonstrated his condition as the best pivot in the world, but today the French team’s chances for gold inevitably pass through him. As he made clear in the decisive moments of the game in which ‘Ludo’ monopolized all the spotlights on the French team both in attack and defense.

Hopes of a  Polish Team

His outstanding performance put an end to the hopes of a Polish team that, spurred on by the almost 10,000 spectators that packed the Spotek in Katowice, dreamed of giving the surprise after arriving with a draw (21-21) with just over eleven minutes to go for the match. conclusion.

But then the figure of Fàbregas emerged, who outnumbered by the exclusion of Thibaud Briet, put France with a two-goal lead (23-21), after first taking advantage of a magnificent pass from Nedim Remili and later stealing the ball in defense . What Barça will miss as the pivot next season when he goes to Veszprém.

A whole lesson on how to play in the two areas that did not end there, since the Barça pivot was also in charge of forcing the penalty that allowed Guillaume Gille’s men to reach an income of three goals (24-21) with lack with just over seven minutes to go.

The score forced the Polish coach Patryk Rombel to return Szymo Sicko, his most dangerous player, to the scene, as evidenced by the seven goals with which the Kielce side closed the clash, to avoid the French breakaway.

But Ludovic Fabregas responded to every action by Sicko, who is not only capable of defending and scoring, but also of assisting, as he demonstrated with two sensational passes, despite having half the Polish team on his arm, wingers Yanis Lenne and Dylan Nahi . Those two goals sealed the victory (26-24) of a French team that can aspire to everything if the Barça player continues to show the same excellent level throughout the championship as he does today.

The Polish team was left with no margin for error and will have to beat Slovenia next Saturday if they want to access the second phase, in which they will face the top three from group A in which Spain plays, with options to fight for the quarter finals.

This article is originally published on sport.es