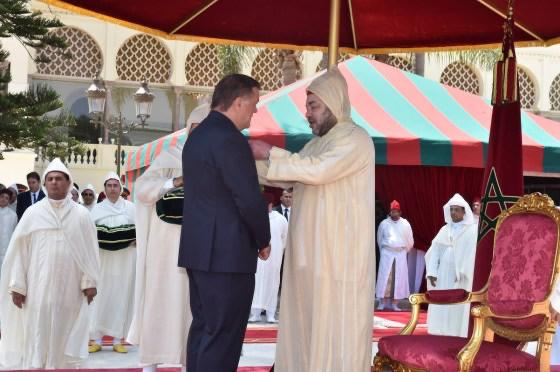 Calls in Brussels have echoed concerns on how the EU will deal with the current corruption scandal with Morocco. European experts and politicians call on the EU to sanction Morocco and suspend trade agreements with the country. Concerns are also growing on Morocco’s corruption in many European countries.

The European High Representative for Foreign Policy, Josep Borrell, was in Morocco on Thursday, January 5. The corruption scandal that has been shaking the European Parliament since mid-December has cast its shadow on this long-planned visit.

Borell’s trip to Rabat occurred in a very delicate situation for relations between Morocco and the European Union.

As the investigations of the Belgian justice system in the “Mothgate” case progress, the kingdom increasingly appears as the instigator of the vast network of corruption of deputies intended to influence the positions of the European Parliament.

The confessions of the people arrested are clear about Morocco’s direct involvement. The officer of the DGED (external intelligence), Mohamed Belahrech, is presented as the key man in the case and investigators have established that the kingdom’s ambassador to Poland, Abderrahim Atmoun, directly gave “gifts”, i.e. large sums of cash, to some deputies and their entourage, such as the Italian Pier Antonio Panzeri.

More than 1.5 million euros were discovered in the fifteen homes and offices searched by the Belgian police.

As with the revelation of the Pegasus espionage scandal in July 2021, Morocco opted for the delegation’s strategy. His Foreign Minister, Nasser Bourita, reduced the huge scandal to a simple operation of “people, structures, environments” who, according to him, would be “distangled” by the development of the partnership and the European Union. In front of Josep Borrell, Bourita denounced “repeated media attacks”, within the European Parliament itself.

Borell: “Zero tolerance” in the face of corruption

The purpose of Borell’s visit was officially the consolidation of this partnership, but the seriousness of the revelations meant that the case could not be avoided. The head of European diplomacy even went a long way by showing a certain firmness.

Borrell promised that there will be “zero tolerance” in this case. “We expect everyone to collaborate in this survey,” he said to Moroccans in particular.

Europe has long been lenient towards Morocco, its internal human rights violations and Western Sahara, but also for the criminal behavior of its services and diplomacy towards third countries, especially European countries.

Two recent cases particularly illustrate this status as a “worth child of Europe” that the kingdom seems to enjoy. In July 2021, the international press revealed the use of Moroccan services for a large espionage operation via the Israeli spy software Pegasus, targeting foreign journalists and officials, including French President Emmanuel Macron. The consequences of this scandal were limited to a cold in Franco-Moroccan relations.

A month earlier, in the midst of a diplomatic crisis with Spain, the Moroccan police let a wave of 10,000 migrants, including unaccompanied minors, enter the Spanish enclave of Melilla.

Rather than giving rise to firm reactions, this migratory blackmail on the contrary made Spain bend, which made a historic turn in its position on the question of Western Sahara in March 2022, deciding against all odds to support the Moroccan autonomy plan.

Even in the ongoing corruption scandal, MEPs condemned Qatar through a resolution and refused to do the same with Morocco.

The statements made by Josep Borrell in Rabat, in which he explicitly promised that there will be no “impunity”, contrast with Europe’s chronic indulgence with his Maghreb partner. It remains to be seen how far Brussels will go once the conclusions of the investigation are known, and also the price to be paid by Morocco to get out of this case unscathed. 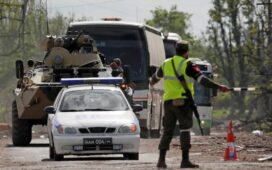