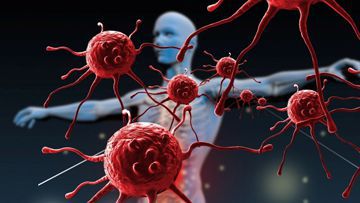 Whether you are a physician or a patient with an ID, it is important to recognize the warning signs of immunodeficiency. This article will discuss some of the most common clinical manifestations of ID and provide a guide for the further diagnostic work up at specialized centers.

The most common form of ID is the common variable immunodeficiency (CVID) syndrome. This type of ID is associated with an elevated B cell count and low T and NK cells. CVID is also characterized by apoptotic cells. Symptoms may include a sarcoid-like granulomatous inflammation.

Other forms of ID include atopic diathesis, nephrotic syndrome, and leukemia. Atopic diathesis is characterized by gastrointestinal symptoms and increased susceptibility to respiratory tract infections. The disease may resemble ulcerative colitis or Crohn’s disease. It is often present in infants during the first year of life. It is usually accompanied by recurrent infections.

Infections caused by fungi, viruses, and bacterial pathogens may indicate immune system dysfunction. Chronic diarrhea is a frequent symptom. A fungal infection on the skin is another symptom.

Infections due to invasive organisms, such as tuberculosis, can also indicate an immune system problem. In some patients, recurrent infections can produce sepsis, which is a severe form of infection that requires treatment. In some cases, sepsis can also lead to autoantibody formation.