Britney Spears teams up with Elton John on ‘Hold Me Closer,’ her first release in six years 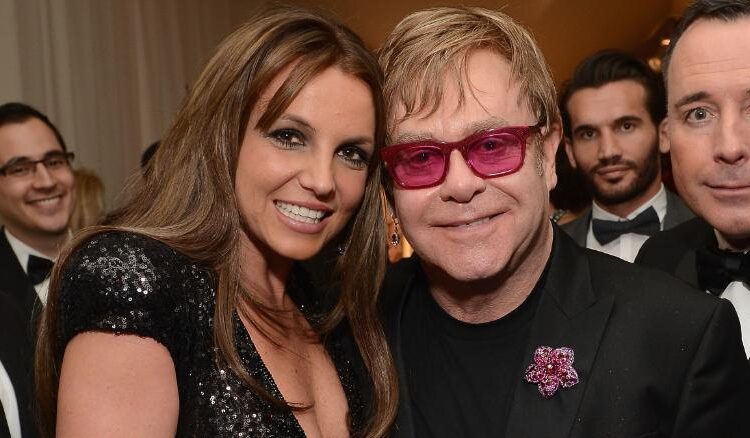 The Princess of Pop is back!

After a six-year hiatus, Britney Spears made her musical comeback on Friday with the release of “Hold Me Closer,” her collaboration with Elton John.
The song, which is an EDM reimagining of John’s 1971 hit “Tiny Dancer,” marks Spears’ first new release since the legal victory last November that freed her from the 13-year conservatorshipthat controlled her career and personal life.
Last year, Spears revealed she stepped away from music and performing after the conservatorship “killed my dreams.” Her last album, “Glory,” arrived in 2016.
Before the release of “Hold Me Closer,” Spears tweeted that she’s learning “everyday is a clean slate to try and be a better person and do what makes me happy.”
She added that she wanted to be “fearless like when I was younger.”
John said he was inspired to join forces with Spears by his husband, David Furnish, adding that he believes their duet will give her a much-needed confidence boost after such a “traumatic time.”
“I’m so excited to be able to do it with her because if it is a big hit, and I think it may be, it will give her so much more confidence than she’s got already and she will realize that people actually love her and care for her and want her to be happy,” he said in an interview with theGuardian newspaper.
A quick scan of social media and it looks like fans are delighted by the joint release.
“Such a cool, beautiful song, you guys make a wonderful team! We have missed you so much Brit, you can’t imagine how happy it makes me to hear you singing again,” one fan wrote on Twitter.
Another said: “welcome back!!!! Hold me closer is freaking fantastic! You sound so good!”
Among music critics, however, opinion was more divided.
Britney Spears’ lawyer in response to Kevin Federline​: ‘We will not tolerate bullying’
Awarding the song a four-star rating, the Guardian’s Michael Cragg notes that Spears “throws in a few playful ‘yeahs’, ad libs that feel like actual yelps of joy rather than the robotic manoeuvres of someone being shuttled from studio to waiting car.”
He adds that “Spears seems to hint at finding that for herself again in music. Even if this is a one-off — and who can blame her if she doesn’t want to return to pop full-time — that feels like enough.”
According to Vogue’s Christian Allaire, “There’s something about Britney’s voice and a dance track that just go extremely well together — like red wine and a basket of bread. She does things with her vocal tone that all the other pop girlies simply can’t. That’s why she’s the true princess of pop.”
Writing in the UK’s Times, however, reviewer Will Hodgkinson was not as enthusiastic. While saying “the return of Britney Spears should be welcomed with open arms,” he described “Hold Me Closer” as a “bloodless remix” that “gives no space for Spears to shine while also killing the magic of the original.”
Read from: https://edition.cnn.com/2022/08/26/entertainment/britney-spears-elton-john-hold-me-closer-intl-scli/index.html
Share on FacebookShare on Twitter
Malmo Express NewsAugust 26, 2022