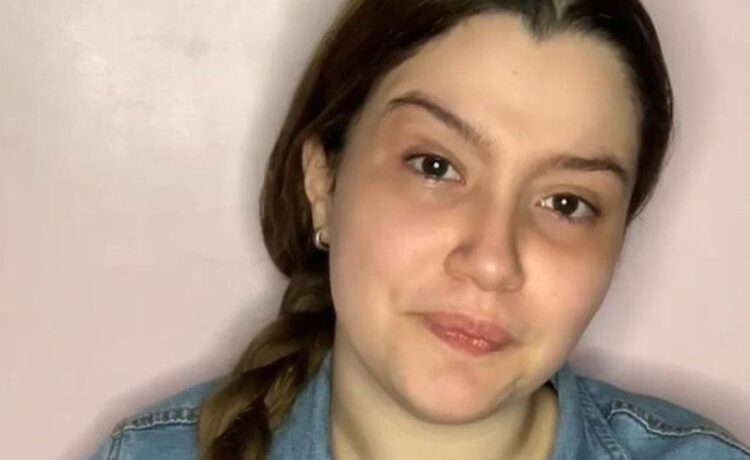 An Egyptian TikTok star has been sentenced to three years in prison after a court convicted her of human trafficking at retrial.

Haneen Hossam, who is in her early 20s, was accused of exploiting girls for money through video-sharing platforms.

She denied the charge, which was linked to an invitation to her followers to get paid for making live videos.

Human rights activists say she has been prosecuted as part of a crackdown on female social media influencers.

They argue that the charges Hossam and at least 11 other women with millions of followers have faced since 2020 violate the rights to privacy, freedom of expression, non-discrimination and bodily autonomy.

Hossam, a Cairo University student, gained more than 900,000 followers on TikTok by posting videos showing her lip-syncing to songs and dancing.

She was first arrested in April 2020 after inviting her women followers to join another video-sharing platform, Likee, where she said they could make money by broadcasting live videos.

That July, Cairo’s Economic Court convicted Hossam and another TikTok star, Mawada al-Adham, of the charge of “violating family values and principles”. It sentenced them to two years in prison and fined them 300,000 Egyptian pounds ($16,100; £12,400).

An appeals court acquitted Hossam and overturned Adham’s prison sentence in January 2021, and they were released the following month. However, prosecutors then introduced the more serious charge of human trafficking.

The women were accused of “using girls in acts contrary to the principles and values of Egyptian society with the aim of gaining material benefits”. Local media reported that it was related to a group Hossam had promoted on Likee and videos that Adham had posted on Instagram and TikTok.

In June, the Cairo Criminal Court found them both guilty of the offence. Hossam was sentenced in absentia to 10 years in jail and Adham, who was present, was given a six-year sentence.

Hossam posted a tearful video before she was detained stating that she “didn’t do anything immoral to deserve all this” and that no-one had been harmed.

She was granted a retrial, but the same court found her guilty on Monday. In addition to handing her a three-year sentence, the judge fined her 200,000 Egyptian pounds ($10,800).

Mai El-Sadany, a US-based human rights lawyer and director of the Tahrir Institute for Middle East Policy, tweeted that the verdict meant Egypt’s justice system was “criminalising what influencers globally do every day when they invite others to work with them and monetize TikTok activity”.