Twitter users are exposing pro-Russian sentiment in China, and Beijing is not happy 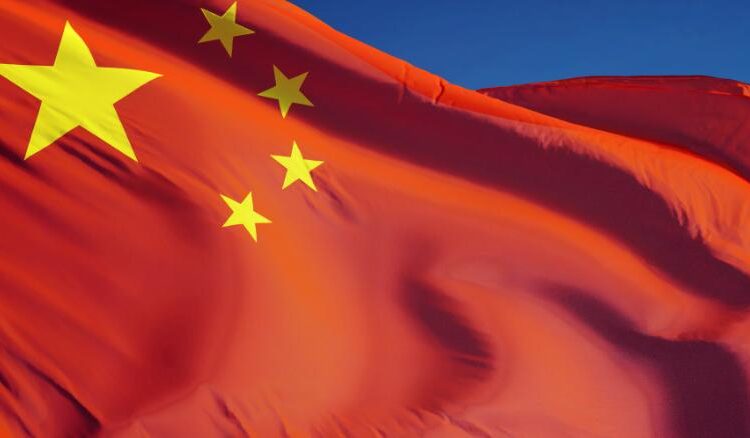 Anonymous Twitter users are exposing the extreme nationalism and pro-Russian sentiment circulating online in China — and Beijing is not happy about it.

Scores of screen-grabbed posts from China’s most popular social media platforms have been translated and shared on Twitter in recent weeks, offering Western audiences a rare glimpse into the Chinese internet.
Among those posts: a prominent military blog falsely claiming a Russian attack on a train station in Kramatorsk was actually carried out by Ukraine, a well known media commentator dismissing the atrocities in Bucha, and a vlogger with hundreds of thousands of followers using a misogynistic term for Ukraine.
The posts appear courtesy of anonymous Twitter users who say their aim is to expose Western audiences to the true extent of pro-Russian or nationalistic content on China’s heavily censored platforms.
They often come under the hashtag of “The Great Translation Movement,” or shared by an account with the same name run by a decentralized, anonymous team that crowdsources the collection and translation of popular posts on Ukraine and other hot topics, according to an administrator interviewed by CNN. Many, but not all, appear to have been widely liked or shared within China — selection criteria cited by the administrator.
Since the account’s launch in early March it has already made plenty of friends and enemies — attracting both 116,000 followers (and counting) and a slew of criticism from China’s state-run media.
The movement was formed in response to China’s alleged hypocrisy in portraying itself as neutral on Ukraine, even while its state and social media circulated pro-Russian narratives, the administrator told CNN.
“We want the outside world to at least know what is going on inside, because we don’t think there could be any change made from inside,” said the administrator, who requested anonymity due to security concerns.

China’s state media has lashed out against what it decries as “cherry picked content.” The overseas arm of the People’s Daily — the mouthpiece of China’s ruling Communist Party — has claimed the translators behind the movement are guilty of attributing the “extreme remarks” of some netizens to the “whole country.”
The nationalistic Global Times newspaper has accused the group of being “Chinese-speaking bad faith actors” and one of its opinion writers claimed the group included “foreign hostile forces” perpetuating “psychological warfare against China.”
Outside China, media experts caution the posts do not show a holistic view of public opinion in China and appear to at least partially be selected for shock value — but could still be useful in bringing these elements of China’s media sphere to light.
Critics also say the group’s tweets show evidence of its own bias — such as in posts that use a term comparing China to Nazi Germany.
Posts which gain traction on China’s social media must be seen in light of its highly censored environment, where nationalistic voices thrive and liberal ones have largely retreated or been censored, experts say.
But the administrator who spoke to CNN said the point was to highlight the visibility of such posts — some coming from popular influencers, comments receiving thousands of likes or from prominent commenstators, and even government-backed news outlets.
“Our goal is to raise awareness about the state of public opinion in China, whether it is purely the result of spontaneous interactions (or) the result of government censorship,” the administrator said.
“We want to counter the effort of the Chinese state-affiliated media by showing the West some content they do not want to show.”

The resistance against the group from China’s state media highlights the sensitivities around how China wants to present itself on the world stage, especially at a time when it has been attempting to walk a diplomatic tightrope between Russia and the West over Ukraine.
China has often sought to present two different narratives — one for domestic audiences and another for those overseas. This is made possible through both a language barrier and an online ecosystem that bans apps like Facebook, Twitter and Instagram. The Great Translation Movement breaks down both of these barriers.
“Even before the social media era, the way China talks internally through its state media is something it doesn’t appreciate being parsed and translated for the world,” said David Bandurski, director of the China Media Project, a research program in partnership with the Journalism & Media Studies Center at the University of Hong Kong.
And when it comes to Ukraine, China has sought to portray itself — at least to overseas audiences — as unaligned and invested in calling for peace. But its media coverage back home tells a different story, Bandurski said.
“If you just look at (state) media coverage, it’s really hard to talk about neutrality … Everything they have said is amplifying disinformation and aligning with Russia in terms of narratives.”
While the tone of state-backed media is clear, experts say it is difficult to gauge public opinion in China simply by looking at social media, even when it comes to popular influencers or viral posts.
Like anywhere in the world, views on social media can be extreme. In China, heavy manipulation and censorship often amplifies select voices.
“The authorities certainly have an interest in promoting their preferred narrative online, and they have the technical and political means to unapologetically ‘guide public opinion,'” said Florian Schneider, director of the Leiden Asia Center in The Netherlands.
“We should also not underestimate the power of social media algorithms: as pro-Russia statements become mainstream, they receive ever more likes and shares, which makes them more visible,” he said.

The situation is complicated: Beijing too has reason to be wary of ultra-nationalist voices, which platforms sometimes censor. And while nationalist rhetoric has become more dominant online in recent years, the loudest voices may not show a majority.
Bandurski said that an analogy would be looking at ultra-conservative voices in the US media environment, and assuming that was representative of the American perspective.
“So the danger is this kind of echo chamber of content, which we might assume is representative of China and its perspective, and it’s really a lot more complicated than that,” he said.
Maria Repnikova, director of the Center for Global Information Studies at Georgia State University, said when it comes to Ukraine there have been “alternative voices talking about the war…but they’re not as dominant or as loud or as visible.” Their posts may either be censored or hard to detect as social media users may express dissenting views through code and allusion.
She also asks if things would be different if images of bombarded cities of Ukraine or the atrocities in Bucha were not restricted in China.
“If people could see all of those images and scenes, would that be a different story? Would different voices pick up?”
The Great Translation Movement administrator said they hoped that the movement could help push Beijing to tone down the rhetoric on these platforms so that there would be room for more voices.
“In today’s Chinese mainstream discourse there is a very limited space for people who have a rational mind to speak,” the administrator said.
“Even if you speak out and if it doesn’t get deleted, you are still going to be spammed…and people are going to say you are a spy… the dignity of people themselves is destroyed.”
Read from: https://edition.cnn.com/2022/04/13/china/china-ukraine-great-translation-movement-intl-hnk-mic/index.html
Share on FacebookShare on Twitter
Malmo Express NewsApril 13, 2022