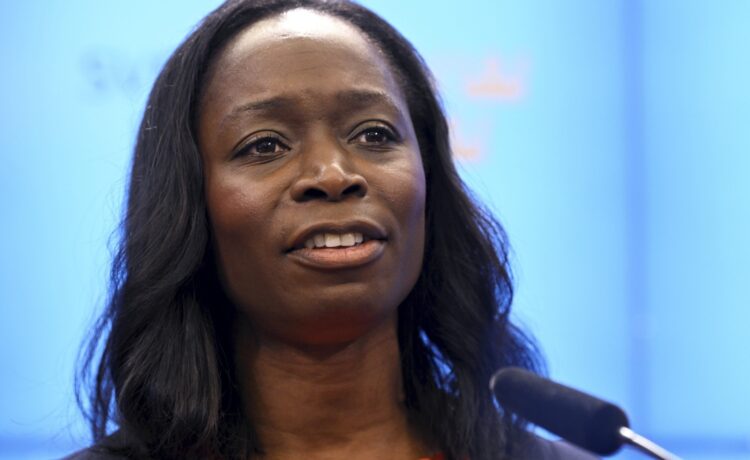 “I am who I am with all the strengths and weaknesses,” she said at a press conference announcing her resignation. “In June, 2019, the party chose the whole me, but the whole me is not what is now needed. The whole me and the discussion over the whole me is overshadowing what is most important.”

Johan Pehrson, Sabuni’s current deputy, will take over as the new leader.

The resignation came after she faced strong criticism because of a YouTube video released by the Liberal Party which shows Sabuni discussing the security situation with Moderate leader Ulf Kristersson.

In it she talks about the advantages of living out in the countryside, particularly in her home region in Värmland, in the event of a war.

“If there’s a war, we have Skillingmark in Värmland, where we can find our own food and water. If it gets any worse, then we’ll drive over to Norway,” she said in the video.

After the clip went viral, Sabuni defended it in an interview with Dagens Nyheter as a “light-hearted conversation where we were fantasising about where we would most want to be [in the case of a war].” she said.

Swedish Radio’s political commentator Tomas Ramberg said that he didn’t think that the decision had been long planned in advance, but did not think it was in response to the reaction from the clip either.

Since taking over as leader of the party in June, 2019, Sabuni has pulled the party back into the right-wing opposition, breaking off the January Agreement under which the Liberal Party and Centre Party supported a Social Democrat prime minister.

She has at the same time upset many in her party by deciding that it will back a right-wing government that is dependent on the support of the far-Right Sweden Democrats.

Perhaps the main reason for her departure, however, is the poor polling figures the party has had under her leadership, which now put it just over two percent, well below the four percent needed to enter the parliament.

“This is a task which I’m taking on with energy and humility,” Pehrson said in a press release. “The Liberals are the key to a liberal, right-wing government, and I am now ready to lead the Liberals through a historic election campaign.”