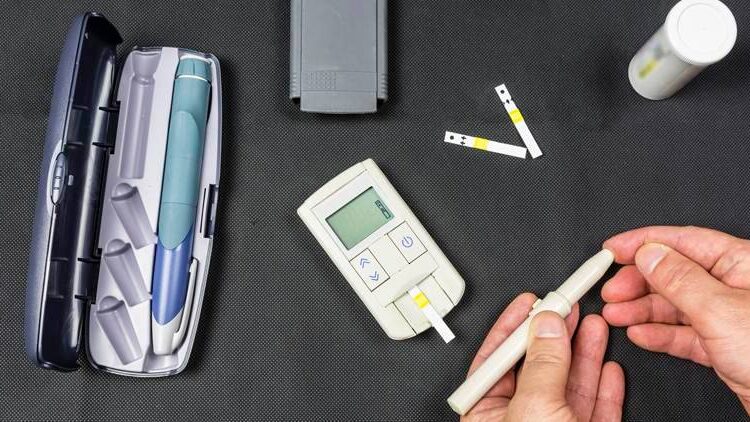 The glycaemic index (GI) is a rating system for foods containing carbohydrates. It shows how quickly each food affects your blood sugar (glucose) level when that food is eaten on its own.

Some low GI foods, such as wholegrain foods, fruit, vegetables, beans and lentils, are foods we should eat as part of a healthy, balanced diet

However, “using the glycaemic index to decide whether foods or combinations of foods are healthy can be misleading”, says the NHS.

It adds: “The main issues to consider are how sharply different foods are likely to impact on your blood glucose levels.”

Indeed, there are some foods and spices that can impact your blood sugar levels, such as black pepper.

In one study of 86 overweight people taking black pepper supplements, it was found that they had significant improvements in their insulin sensitivity throughout the eight weeks in which they participated in the study.

In another study rats were given black pepper extract to consume. The researchers found the rats had a smaller spike in blood sugar levels after consuming glucose compared to rats in the control group.

There are a number of other foods which can help control blood sugar levels, and also foods to reduce or cut out of your diet.

The NHS says that symptoms of hyperglycaemia in people with diabetes tend to develop slowly over a few days or weeks, though “in some cases, there may be no symptoms until the blood sugar level is very high”.

In people with diabetes, hyperglycaemia can be triggered by stress, being ill, not getting enough exercise or eating too much.

The NHS notes that if you have diabetes, “no matter how careful you are, you’re likely to experience hyperglycaemia” at some point.

In some cases the early symptoms of diabetes, especially type 2 diabetes, will be subtle and difficult to spot.

Indeed, the NHS says many people have type 2 diabetes without realising, as symptoms do not necessarily make you feel unwell.

The Mayo clinic explains understanding possible diabetes symptoms can lead to early diagnosis and treatment, which can help you prevent the complications of diabetes and lead to a lifetime of better health.

It adds that excessive thirst and increased urination are common diabetes signs and symptoms.

It says: “When you have diabetes, excess glucose — a type of sugar — builds up in your blood. Your kidneys are forced to work overtime to filter and absorb the excess glucose.

“When your kidneys can’t keep up, the excess glucose is excreted into your urine, dragging along fluids from your tissues, which makes you dehydrated.

“This will usually leave you feeling thirsty. As you drink more fluids to quench your thirst, you’ll urinate even more.”

The NHS outlines several other possible signs. These include: