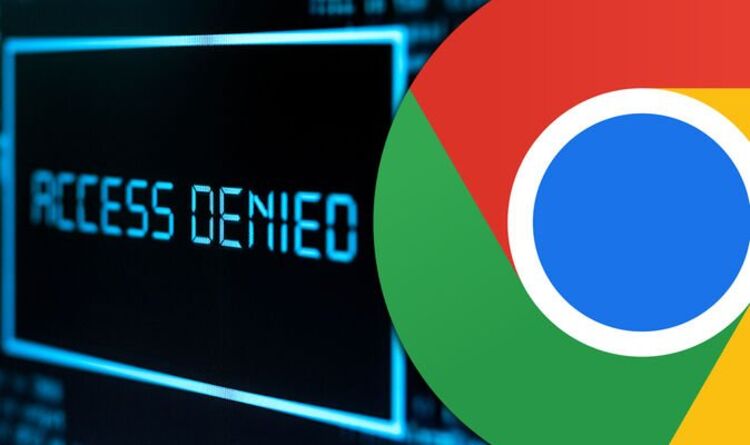 Websites across the world could soon be blocked when a major upgrade from Google is unleashed in the coming weeks. Chrome 100 is the very latest release from the internet giant but, when it launches next month, it could wreak havoc on the internet.

This impending digital disaster is all to do with Chrome’s new identity and the way websites interact with this popular software. Most online sites are configured to be viewed on a browser with a two-digit name – for example, Google’s current Chrome is called 98.

However, when things switch to three digits in the coming weeks it could have huge implications especially if developers haven’t prepared themselves for the small but dramatic change.

This glitch is a little bit like the millennium bug which caused a huge amount of concern back in 1999 when some experts were worried that the year 2000 would send the world’s PCs into meltdown.

Although that disaster never became a reality, there have been previous problems with web software and their names.

When browsers first reached version 10 a little over 12 years ago, many issues were discovered with User-Agent parsing libraries as the major version number went from one digit to two. This caused some sites to show errors and become completely unviewable to the public.

User-Agent parsing libraries help the browser know what devices are being used and make sure things are compatible.

It’s unclear just how bad things could get next month but the team at Mozilla have recently posted a message online explaining their concerns.

“Major version 100 is a big milestone for both Chrome and Firefox. It also has the potential to cause breakage on websites as we move from a two-digit to a three-digit version number,” said the Mozilla team.

Lucky, it seems Google and firm’s such as Mozilla are taking the problems seriously and are working on ways to limit the damage.

According to Mozilla, both Firefox and Chrome have been running experiments to help detect possible website breakages. These tests will continue to run until the release of version 100.

There are also backup mitigation strategies in place, in case version 100 causes more damage to websites than anticipated.

We’ll have to wait and see what happens in March but expect some turbulence during your usual web-browsing sessions.