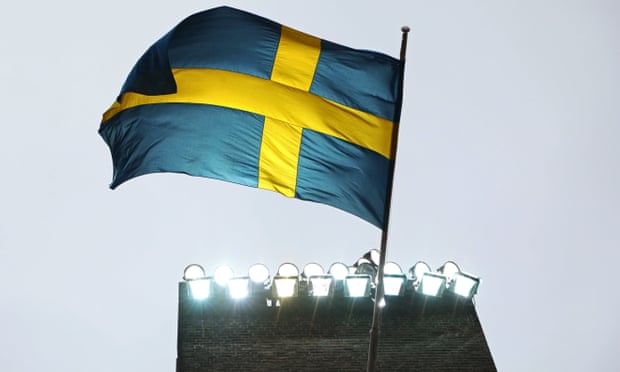 A top official from Sweden’s new “psychological defence” agency said the country had decided to bring back the cold war-era government body amid fears over Russian aggression against Ukraine.

Magnus Hjort, deputy director of the agency, which was re-established last month to combat foreign disinformation, said concerns were especially heightened ahead of Sweden’s general election in September, against the backdrop of Europe’s “deteriorating security situation”.

Tensions are mounting in the region following Russia’s troop build-up near Ukraine’s border, prompting discussion over whether Sweden and Finland, which are not members of Nato, should join the military alliance. Last month Sweden strengthened its military presence on the strategically important island of Gotland, in the Baltic Sea.

While Hjort said there was no immediate threat to Sweden, he warned: “We can’t rule out that Sweden can be attacked.”

The previous iteration of the agency was closed down in 2008, but much of it was dismantled years earlier after the end of the cold war. While the new agency has been in the making since 2016, Hjort said the latest Russia/Ukraine crisis has put Sweden on alert ahead of its elections.

“It could mean that security and defence will be more important in the election, and that could mean it could be more interesting for a foreign power to influence the way people are voting – to make sure that Sweden takes the ‘right measures’ in the way a foreign power sees it,” he said. “So there could be a bigger interest in affecting the general election. It’s possible because of the security situation in Europe right now.”

The mission of the Swedish psychological defence agency, which has around 45 staff and is expected to grow, is to “safeguard our open and democratic society, the free formation of opinion, and Sweden’s freedom and independence.”

Citing the 2016 US election and attempts to interfere with the 2017 election in France – which last year set up a similar agency to combat foreign disinformation and fake news – as examples, Hjort said: “Authoritarian states have for years been trying to influence elections. The difference today is that through social media you have better opportunities to influence people. That’s why we need to have the capacity to monitor for an interference in our democracy.”

The 2014 Russian annexation of Crimea prompted Sweden to start rebuilding its “total defence”, combining military, civilian and psychological security, he said. “What we have seen lately is that the security situation has deteriorated in our part of the world. It has become more tense.”

Worsening relations in Europe have shown how disinformation and interference are a “vital part of the toolbox that authoritarian states use to achieve their objectives,” he said.

He added: “We have to have something to analyse, to identify this and to be able to counter it and that’s why we are now establishing a psychological defence agency in Sweden.”

While the election will be one of its most important tasks this year, the agency is intended to show a long-term commitment to “strengthening the resilience within the population”, including across government agencies and municipalities to identify interference by foreign states in freedom of opinion and expression.

“Conflict between states will be there after this year as well,” he said. But he added: “This year could become particularly nasty and difficult.”

While he said the social media companies could “always do more” to protect from foreign intervention, psychological defence also lies in individual citizens being aware that they could be exposed to influence from foreign powers.

Mats Engström, a visiting fellow at the European Council on Foreign Relations, said other Swedish agencies were already working in the field, but the creation of the psychological defence agency was “a further step in light of increased threats”.

He said that Russian propaganda has been referring to Sweden negatively in recent years, including on issues such as immigration, but that fears of influence affecting the 2018 election did not appear to materialise.

There were, he said, fears about how the new agency could impact free speech. “It will have to tread very carefully on controversial issues not to create the impression of the state trying to stifle critical views. Even if it is stated in the instructions that the new agency shall promote free speech, the line is not easy to draw.”