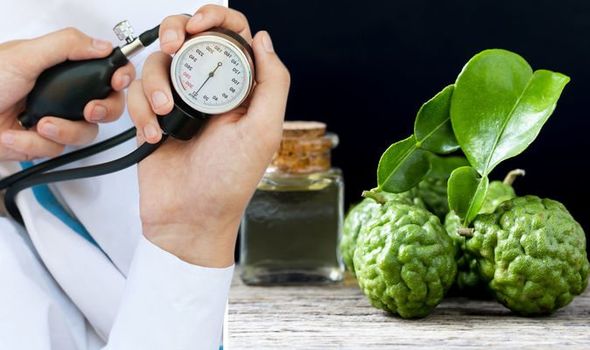 High blood pressure, also known as hypertension, is counted among the infamous “silent killers”. Picked up early, the condition is highly survivable. In the later stages, however, it quickly becomes deadly. Fortunately, exposure to bergamot essential oil could significantly lower blood pressure within minutes.

Some of the well-known causes of high blood pressure include a lack of exercise, being overweight and consuming food high in salt or sugar.

More recent reports, however, have suggested that exposure to air pollution and noise may also drive up blood pressure in later life.

Some essential oils may have the opposite effect on the condition, according to one body of research.

One study, published in the European Journal of Preventive Cardiology, found that short-term exposure to bergamot oil could lower hypertension and heart rates.

Interestingly, however, these lowering effects were reversed if exposure to bergamot oil lasted more than an hour.

For the study, a sample of 100 young healthy adults was exposed to vapours of essential oils released from an ultrasonic diffuser for two hours.

Results showed that the room’s volatile organic compounds (VOC) – the aromatic chemicals that compose essential oils – were significantly associated with reduced blood pressure and heart rate for between 15 and 16 minutes after the start of exposure.

The European Society of Cardiology noted: “These associations were statistically significant.

“For example, after 45 minutes expire, 15-minute systolic blood pressure had reduced by a mean of 2.10mmHg and heart rate by 2.21 per minute.”

After more than an hour of exposure, however, VOC levels were significantly associated with an increased 15-minute mean blood pressure and heart rate.

The authors of the study, thus noted: “Prolonged exposure for longer than one hour to essential oils may be harmful to cardiovascular health in young, healthy subjects.”

Doctor Kai-Jen Chuang, from Taipei Medical University in Taiwan, and investigation in the study added: “Our results suggest that exposure to essential oil for one hour would be effective in reducing heart rate and blood pressure.

“However, the most interesting finding of our study is that exposure to essential for over an hour was associated with elevated blood pressure and heart rate.”

Based on the results, the team concluded that essential oils could help reduce high blood pressure.

Alongside bergamot, the blend used in the study also included lavender and Ylang-Ylang.

Bergamot, which belongs to the citrus family, is used medicinally to treat a number of ailments.

The skin, rather than the fruit, is the most commonly used part of the bergamot, as this is where the oil is extracted from.

Bergamot has also been used to treat other ailments including high cholesterol and visceral fat.

In fact, studies have shown bergamot may be as effective at reducing LDL cholesterol levels as cholesterol drugs.

What’s more, bergamot essential oil is widely used in aromatherapy for chronic stress and anxiety, though there is insufficient evidence to support its relevance as a clinical treatment to treat such conditions.