Cancer: The type of vegetable that increases the risk of stomach cancer ‘strong evidence’ 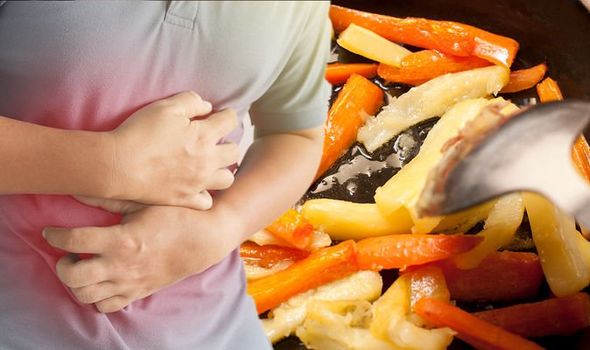 Cancer is a leading cause of death worldwide, accounting for nearly 10 million deaths in 2020. This is despite billions of investment into finding a cure. However, progress is afoot and one encouraging area is risk reduction.

Research continues to deepen the understanding of how specific lifestyle decisions can influence your risk of developing cancer.

Diet is the subject of ongoing research but a number of items have been shown to increase the risk of cancer.

One of the most surprising discoveries is that preserved non-starchy vegetables can increase the risk of developing stomach cancer.

Food preservation can be defined as the process of treating and handling food in such a way as to stop or greatly slow down spoilage and prevent food-borne illness while maintaining nutritional value, texture and flavour.

To maximise a food’s longevity, it is often salted and pickled – a process which is thought to drive the development of stomach cancer.

According to the WCRF, animal models have shown that high salt levels alter the viscosity of the mucus protecting the stomach and enhance the formation of N-nitroso compounds.

“Finally, in animal models, high salt levels have been shown to be responsible for the primary cellular damage that results in the promotion of stomach cancer development.”

In the charity’s conclusion, it states that there is “strong evidence” that foods preserved by salting (including preserved non-starchy vegetables) increase the risk of stomach cancer.

What counts as a non-starchy vegetable?

Vegetables can be separated into groups according to their individual starch content.

Examples of non-starchy vegetables include:

The study, based on around 40,000 middle-aged Japanese, examined dietary, drinking and smoking habits over an 11-year period.

The study showed that the risk of stomach cancer for Japanese men with the lowest salt intake was one in 1000 per year. This doubled to one in 500 among those with the highest salt intake.

There are many possible symptoms of stomach cancer, but they might be hard to spot.

According to the NHS, they can affect your digestion, such as: