Why are young people drinking less than their parents’ generation did? 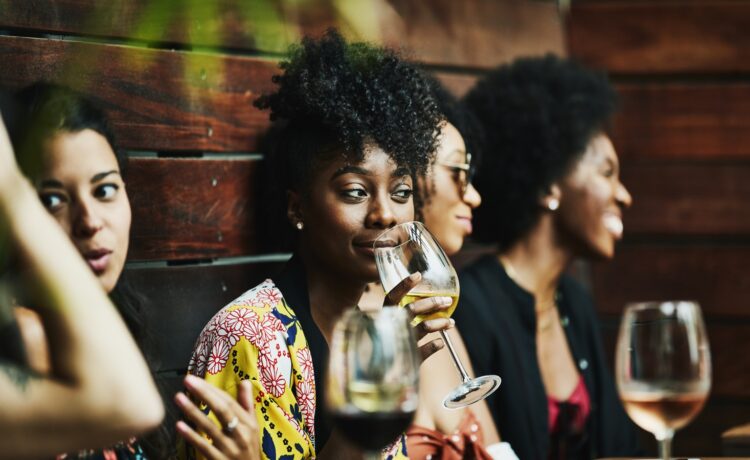 swedennews– As we head towards the end of the year, office get-togethers, Christmas lunches and New Year’s parties are upon us. It seems like a prime opportunity for young people to be drinking the night away.

But something unexpected has happened since the start of this century. Young people in Australia, the UK, Nordic countries and North America have, on average, been drinking significantly less alcohol than their parents’ generation did when they were a similar age.

During COVID lockdowns, some surveys indicate this fell even further.

Our research suggests this is unlikely to be due simply to government efforts to cut youth drinking. Wider social, cultural, technological and economic changes seem to be key to these declines.

These are: uncertainty and worry about the future, concern about health, changes to technology and leisure, and shifting relationships with parents.

What it’s like to be young in developed countries is very different today than it was for previous generations. From climate change to planning a career and being able to afford a house, young people are aware their futures are uncertain.

Pressures to perform academically are starting earlier and rates of mental ill health are on the rise.

Many young people are thinking about the future in ways previous generations didn’t need to. They are trying to gain a sense of control over their lives and secure the futures they aspire to.

Read more: Youth anxiety and depression are at record levels. Mental health hubs could be the answer

A couple of decades ago, getting really drunk was widely regarded by many young people as a “rite of passage” into adulthood and a good way of taking time out from the routines of work and study.

Now, young people feel pressure to present as responsible and independent at an earlier age and some fear drinking to intoxication, and the loss of control it entails, will jeopardise their plans for the future.

This emphasis on the future means young people limit how much time they spend partying and drinking.

Health and well-being also seem to be increasingly important to young people.

Research from 15-20 years ago found young people viewed the consequences of heavy drinking (vomiting, unconsciousness) positively, or at least ambivalently.

More recent studies suggest this has changed, with young people expressing concerns about risks to mental health and long-term physical health related to their alcohol use.

However, Australian and Swedish research also found some young people regard the social benefits of drinking as important to their well-being.

For many young people, however, this seems to involve moderate alcohol consumption, in place of the “determined drunkenness” observed in the 1990s and early 2000s.

What if my employer sees that?

Technology has reshaped how young people socialise, with contradictory effects on youth drinking.

Social media provides new (less regulated) avenues for alcohol companies to promote their products. Holding a drink is de rigueur for a photo on social media celebrating a night out.

Yet, young people are also careful to manage their online images.

Our research found young people worry about who might see images of them drunk on social media (such as friends, family and future employers), a risk that is unique to this generation.

The internet exposes young people to a wider range of possibilities for their lives, including new perspectives from which to reflect on their drinking choices.

It also offers social alternatives that are less likely to involve drinking, including video games and other digital media.

Styles of raising teenagers and managing their introduction to alcohol have evolved over a generation.

Many parents monitor their children on a night out and appear to oversee their drinking more closely than in previous generations, which is enabled by the mobile phones most young people in high-income countries now possess.

Binge drinking not as ‘cool’ anymore

There are also a host of other reasons why young people limit alcohol consumption, including culture and religious affiliations, health conditions and personal motivations.

Altogether, these changes mean many young people do not regard heavy intoxication as “cool” and no longer see it as a key marker of independence and adulthood.

These factors play out differently for young men and women. Some research points to loosening of gendered expectations of drinking, with new opportunities for men to demonstrate masculinity without drinking heavily.

Yet, differences remain in how young men and women use alcohol, with women having to navigate a range of gendered risks (such as unwanted sexual attention) and being judged more harshly when they are seen to be drunk (including online).

Of course, some young people continue to drink a lot and there will always be blips in alcohol use around holidays such as Christmas and New Year’s Eve.

But whether alcohol consumption among young people continues its overall decline may have more to do with the wider contexts of their lives than the sometimes poorly selected policies their governments implement.