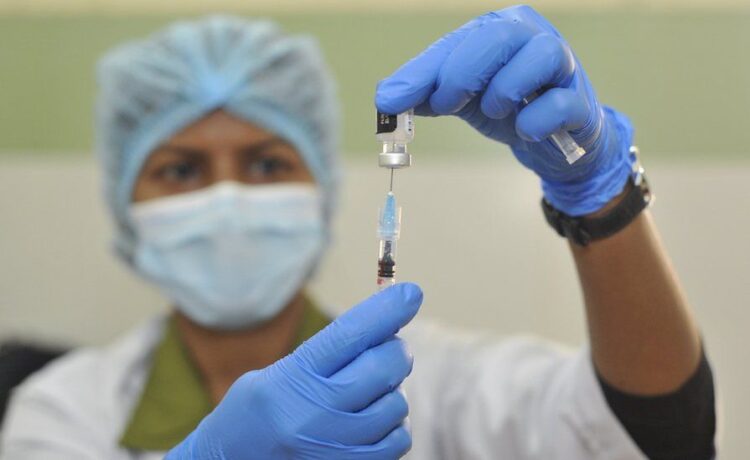 independent– Those who receive a Covid booster jab can expect to mount an immune response in a matter of days – not weeks, scientists say.

The boosters have been shown to restore the body’s immunological defences against Omicron, which appears capable of infecting those who are double-jabbed.

While it takes up to two weeks to prime the immune system against Covid after a first dose, the effects of a booster jab start to be felt within two to three days, experts believe.

“The immunity generated after a booster jab will rise much quicker than the first immune response,” said Gary McLean, a professor in molecular immunology at London Metropolitan University.

That’s because crucial memory cells activated after the first dose will still be present in the body, Prof McLean explained, and therefore “do not require the two-week activation and instruction phase they initially go through”.

These memory cells – T and B – are responsible for hunting down infected cells and producing antibodies that stop the virus from gaining entry in the first place.

Their continuing presence means the immune system is on high alert and ready to spring back into action at the earliest sight of the virus, or anything that mimics it.

“That can then translate into boosted antibody levels and other increases in active T cells within days of the booster,” said Prof McLean. “It is likely that maximal immune activity is reached seven days after the booster.”

Professor Charles Bangham, an immunologist and co-director of the institute of infection at Imperial College London, said that in a secondary or subsequent immune response, T cells and antibodies should start to be detectable within “two to three days” of a booster.

The boosters appear to be 70 per cent effective against omicron infection – and are thought to offer even higher protection from hospitalisation and death – but scientists are concerned that the UK rollout won’t be able to keep up with the spread of the variant.

Doubling at a rate of every two days, Omicron has fuelled a sudden lift in national cases. On Thursday, 88,376 new Covid cases were reported, setting a new pandemic record for the second day running.

However, infections are thought to be running at far higher levels. The UK Health Security Agency said it expects there to be more than one million infections a day by the end of the month.

The government, meanwhile, has set the ambitious target of rolling out one million boosters a day to counter Omicron, and intends to have offered all eligible adults one by the close of the year. Some 745,183 third doses were given on Thursday, bringing the national total to 25.4 million.

Recent research from Israel suggests that rates of infection, severe disease and death from Delta were reduced after three to seven days post-boost – but reduced more after 12 days post-boost – when using the Pfizer vaccine for all three jabs.

The UK’s Cov-Boost study, which investigated the benefits of a booster jab among people who had received doses of the Pfizer or AstraZeneca vaccine, also pointed to an increased immune response by day seven.

“This ‘secondary immune response’ is more rapid than observed following the ‘priming’ course of vaccination, when the body takes 14 days or longer to ‘prime’ the antibody-producing B cells to produce antibody against the virus,” said Penny Ward, a visiting professor in pharmaceutical medicine at King’s College London.

“However when virus antigens [an immune-triggering structure] are ‘re-encountered’ – either by a boosting shot of vaccine or by exposure to infection – these cells react very rapidly to produce antibody more quickly.”