Real Madrid won for the 10th game in a row to beat neighbours Atletico Madrid and move eight points clear of Sevilla at the top of La Liga. 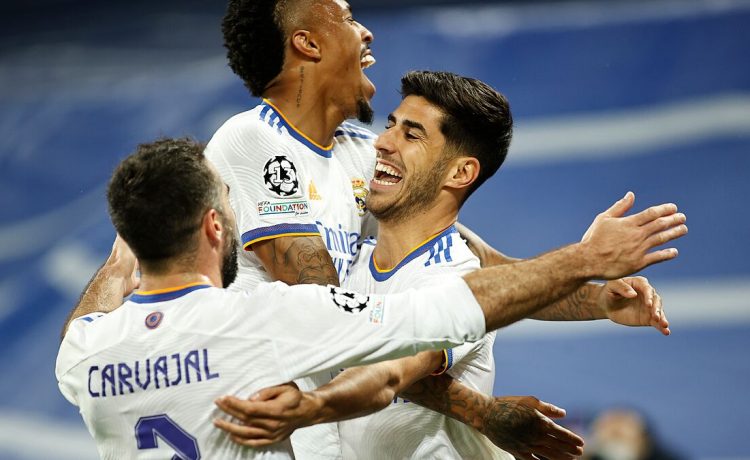 bbc– La Liga’s top scorer Karim Benzema powered in a fantastic volley from Vinicius Jr’s cross to give Carlo Ancelotti’s side the lead.

And Vinicius picked out Marco Asensio to slot home their second.

Defending champions Atletico, who are 13 points behind Real, had chances but the clinical hosts deserved the win.

Real have only lost twice in 23 games – and none since 3 October – since Carlo Ancelotti replaced Zinedine Zidane in the summer.

They did force Real keeper Thibaut Courtois into six saves, including to keep out Antoine Griezmann’s free-kick.

A double change at the break and the introduction of Luis Suarez could not help them find a way through though.

Real deserved their win with Vinicius involved in both goals. Benzema’s opener was his 13th La Liga goal of the season and his 36th for Real in all competitions in 2021, his best annual haul for the club. He was replaced by Luka Jovic at the break.

Barcelona are down in eighth, 18 points behind Real, after a 2-2 draw at Osasuna.