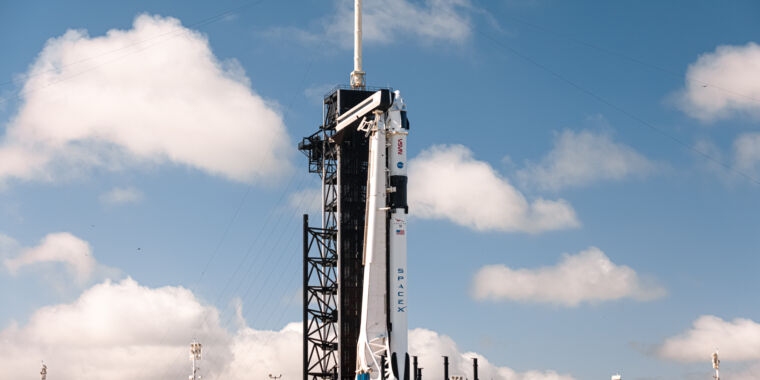 SpaceX and NASA made history in May by launching two astronauts—Doug Hurley and Bob Behnken—into orbit on board the privately developed Crew Dragon spacecraft.

After that highly successful two-month mission, SpaceX and NASA set about reviewing data to ensure the actual flight was consistent with all of their simulations over the course of nearly a decade. In developing Crew Dragon, among the raft of tests performed, SpaceX said it completed about 8 million hours of hardware-in-the-loop software testing, 700 tests of Dragon's SuperDraco thrusters, and nearly 100 tests and flights of Dragon's parachutes.

Following all of this work and two test flights, NASA formally completed certification of the Crew Dragon vehicle and its Falcon 9 rocket for human spaceflight earlier this month. After a decade of wandering in the wilderness, with no independent access to space following the space shuttle's retirement, NASA is about to be back in the business of flying astronauts, thanks to this public-private partnership.

"Certification moves us from the design and test phase into the crew rotation phase of our work," said Kathy Lueders, chief of human spaceflight, after this certification process. "But we will not stop making sure every flight, including NASA’s Space Crew-1 mission, will be approached with the same rigor we have put into making this the best system it can be for our astronauts.”

This process clears the way for SpaceX and NASA to conduct the first operational flight of Crew Dragon on Sunday. Inside the spacecraft they've named Resilience, NASA astronauts Michael Hopkins, Victor Glover, and Shannon Walker, along with Japan Aerospace Exploration Agency mission specialist Soichi Noguchi, will fly into orbit for a six-month stint on the International Space Station.

After the demonstration flight in May, SpaceX made two changes to Dragon. SpaceX's Hans Koenigsmann said there was a small area of the heat shield where erosion during atmospheric reentry was a little deeper than expected. This area of the heat shield has been made more robust. The company's engineers also found that the barometric pressure sensor used to measure altitude during the parachute deployment sequence needed to be improved. Additionally, last month, SpaceX had to tackle a lacquer issue with the Merlin engines on its Falcon 9 rocket.

Finally, the company and NASA will more closely coordinate with the US Coast Guard to establish a 10-mile keep-out zone to make sure the recovery zone—the capsule will splash down off the coast of Florida either in the Atlantic Ocean or Gulf of Mexico—is free of recreational boaters.

But now, those technical issues appear to be done and dusted. The primary concern is weather. SpaceX and NASA were originally targeting Saturday, November 14, for the launch of the Crew-1 mission. But late in the week, the proximity of Tropical Storm Eta delayed the departure of a drone ship to recover the Falcon 9 rocket's first stage. Because SpaceX and NASA intend to reuse this first stage for the Crew-2 mission next spring, and launch weather was uncertain for Saturday evening, launch was delayed until Sunday.

There is no guarantee conditions will be great on Sunday at the launch site, Kennedy Space Center, nor downrange at "abort sites" across the Atlantic Ocean should Dragon need to jettison itself from the Falcon 9 rocket during an emergency. The forecast for Sunday calls for a 50-50 chance of getting the launch off during its instantaneous window—7:27pm ET (00:27 UTC Monday). If the launch attempt is scrubbed, a back-up opportunity is available Wednesday.

The crew has already awoken this morning and will receive a final weather briefing at 3:12pm local time today. The NASA webcast below will begin at about the same time. If conditions look decent enough, the crew will move to don suits immediately thereafter and make their formal walkout of the operations and checkout building at 4:05pm en route to the launch pad.