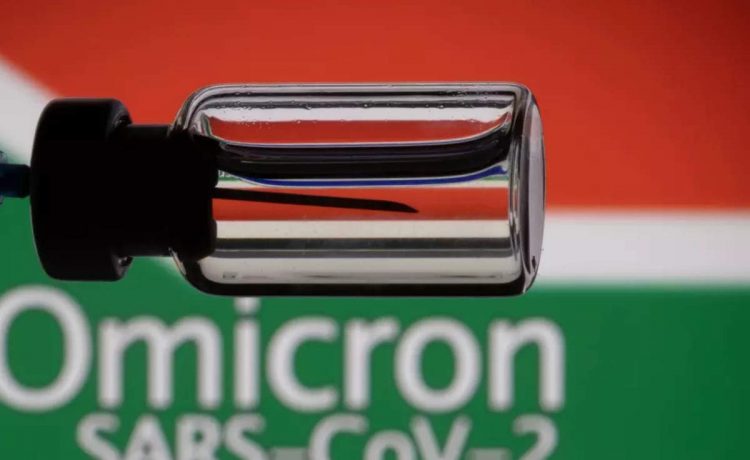 independent– Researchers have revealed the first image of omicron, the new coronavirus variant first detected in South Africa and Botswana, which shows that it has more mutations than the currently predominant Delta variant.

The 3D image of omicron, produced and published by the Bambino Gesu hospital in Rome, reveals that the variant has many mutations concentrated in the spike (S) protein — the part of the novel coronavirus that enables it to enter human cells.

“We can clearly see that the omicron variant presents many more mutations than the delta variant, concentrated above all in one area of the protein that interacts with human cells,” the researchers said in a statement on Sunday. “This does not automatically mean that these variations are more dangerous, simply that the virus has further adapted to the human species by generating another variant.”

The scientists called for further studies to unravel if the adaptation seen in the variant is “neutral, less dangerous, or more dangerous”.

Scientists have found about 50 mutations in omicron, 30 of which are on the S protein, and half of those in the receptor-binding domain – the part that binds to the ACE2 receptor on human cells through which the virus enters tissues.

The red dots in the image, researchers said, indicate areas with “very high variability,” while the orange ones are those with “high variability”, and the yellow ones with “medium variability.” Green dots are parts of the S protein showing low difference between the two variants, while the gray area shows portions that do not vary.

“Case numbers tripled in 3 days in South Africa to 2,828, but this is perhaps partly because of intensive monitoring, although it is possible that the transmission rate is double that of delta (R=2) and the doubling time is about 4.8 days,” Peter Openshaw, professor of experimental medicine, Imperial College London, said in a statement on Saturday.

“South Africa is going into summer and rates of delta are very low, so hard to say if omicron competes over delta,” Dr Openshaw added.

On Friday, the World Health Organisation noted that there could be an increased risk of reinfection with the new B.1.1529 coronavirus variant, named omicron, compared to other variants of concern.

“The number of cases of this variant appears to be increasing in almost all provinces in South Africa,” the WHO noted in a statement on Friday. “In recent weeks, infections have increased steeply, coinciding with the detection of B.1.1.529 variant.”

While the number of people testing positive has risen in areas of South Africa affected by this variant, the WHO says further studies are underway to understand if the surge in cases is because of omicron or other factors.

The WHO’s Technical Advisory Group on Virus Evolution also highlighted that it is still unclear whether infection with omicron causes more severe disease compared to infections with other variants.

“While preliminary data suggests that there are increasing rates of hospitalisation in South Africa, this may be due to increasing overall numbers of people becoming infected, rather than a result of a specific infection with omicron,” the experts noted in a statement on Sunday.

They urged all countries to enhance surveillance and sequencing efforts to better understand circulating variants of the novel coronavirus, and submit complete genome sequences and associated metadata to a publicly available database, such as GISAID.

The WHO and several health experts across the world have called for increasing global vaccine equity to ensure that new variants of concern do not emerge.

“It is very likely that current vaccines will protect against severe disease with omicron as they do for all the previously identified virus variants. But this does highlight the need to remain vigilant – the pandemic is not over,” Lawrence Young, virologist and professor of molecular oncology at Warwick Medical School, said.