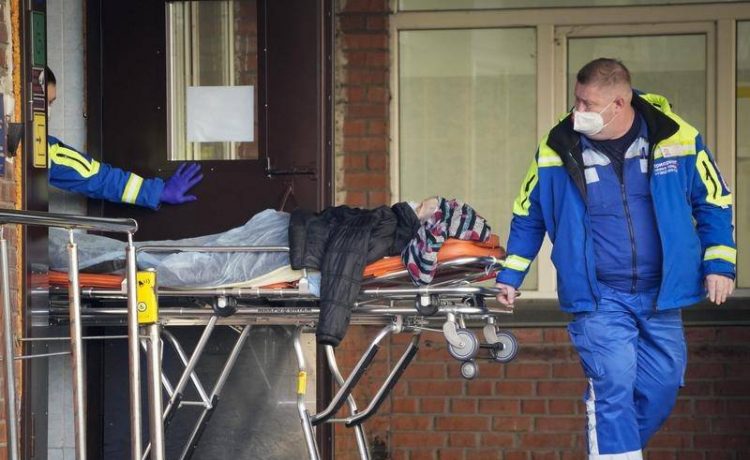 According to the government’s coronavirus task force, this figure is the largest daily number since the pandemic began, and brought Russia’s total to 236,220 deaths, by far the highest in Europe.

However, figures released by the state statistics service Rosstat, which counts COVID-19 deaths by a more extensive criteria, indicated a much higher total of 461,000 dead as of the end of September, nearly double the task force’s figure.

Russian President Vladimir Putin has ordered Russians to remain home from 30th October to 7th November, while encouraging Russia’s worst-hit regions to start the non-working period sooner, with some areas ordering most residents to stop going in to work earlier this week.

Since Thursday, Moscow has also closed kindergartens, schools, gyms, entertainment venues and most shops, and restricted restaurants to takeout or delivery. Only food stores, pharmacies and companies operating key infrastructure are allowed to remain open.

Access to museums, theaters, concert halls and other venues in Russia is limited to those vaccinated or recovered and can show digital proof of vaccination or recovery on their phones. However, unvaccinated people older than 60 must stay home.

The number of new daily cases in Russia rose by 39,849 on Friday, just below the all-time record reported the previous day, with authorities blaming the country’s slow vaccination rate due to public skepticism caused by alleged government mixed messaging.

Despite Russia being the first country in the world to authorize a COVID-19 vaccine, Sputnik V, in August 2020, only about one-third of Russians, or 51 million people out of the total population of 146 million, were fully vaccinated as of Friday.