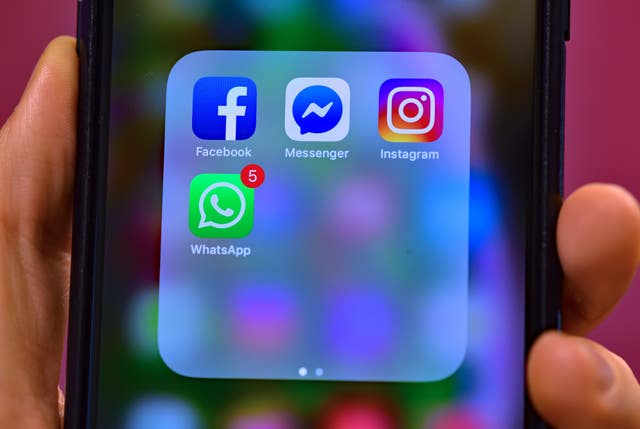 The outage began at around 5.30pm GMT (1.30pm EST), though it only appears to impact certain features of the apps. It comes just weeks after a major outage for the company, which recently changed its name to Meta.

In October, all three apps stopped working for users for several hours, as well as the Meta-owned WhatsApp.

:: Read our live coverage of the outage here ::

Thousands of outage reports were recorded by website health checker DownDetector, with users complaining of being unable to view, send or receive direct messages on Instagram.

“Everything is working fine on Instagram and Facebook except their messaging services,” one user wrote, though other users said they were unable to post on either app.

More than 100 billion messages are sent across Facebook’s family of apps each day, so any outage can have a major impact on people’s ability to communicate with friends and family.

Last year, Facebook introduced an update that allowed Messenger users to send messages to Instagram users without needing to download the other app, and vice versa. While more convenient for some people, it also means that any outage impacting one messaging service will likely affect the other.

“We’re aware that some people are having trouble accessing Messenger, Workplace Chat and Instagram DMs. We’re working to get things back to normal as quickly as possible and we apologize for any inconvenience,” Meta said in a statement to The Independent.

Following the last outage in early October, Facebook apologised to its billions of users and explained that it was caused by “configuration changes” to its data centres.

“The underlying cause of this outage also impacted many of the internal tools and systems we use in our day-to-day operations, complicating our attempts to quickly diagnose and resolve the problem,” the company said in a blog post.