Ready for SharePlay on your iPhone? Talking Tech podcast 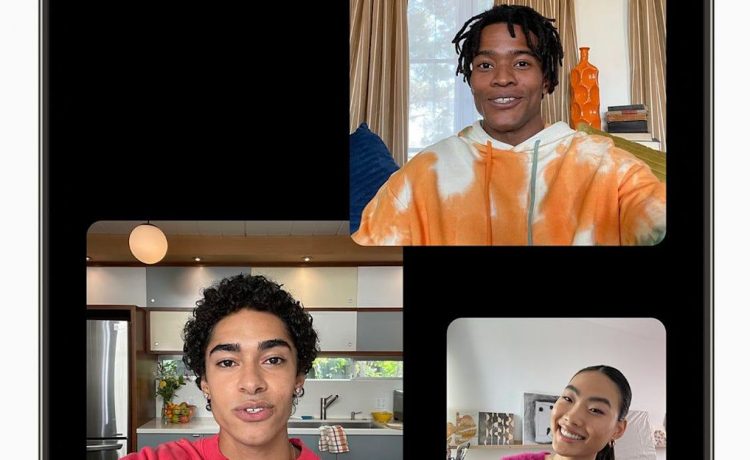 usatoday– Hit play on the player above to hear the podcast and follow along with the transcript below. This transcript was automatically generated, and then edited for clarity in its current form. There may be some differences between the audio and the text.

Hey there listeners. It’s Brett Molina. Welcome to Talking Tech. My co-host Mike Snider is off today. Yesterday, you heard us talk about the option to add your COVID cards to your Apple Wallet. This was part of an update to iOS 15 Apple’s mobile operating system for the iPhone. Along with that, we also got an update to a feature called SharePlay, which is available on FaceTime. And what it does is anytime you are on a FaceTime call, you have the option to watch movies, watch TV shows, or do other activities all while still participating in this FaceTime call. I write about this on techusatoday.com. Apple introduced a few other partners that are going to be involved with SharePlay, TikTok, Disney+, and the NBA. I got a chance to demo some of this recently and just get a sense for how it’s going to work and how you use SharePlay.

It’s a really fun feature and I think it’s great if you’re looking for new ways to connect with your friends or family who are far away, and you want to do it on a video call and you want to do something a little more fun. So here’s how it works. When you pull up a FaceTime call, you’ll see this button that appears on the top right. Basically, the way it works is you tap on the screen and then you’ll kind of see a little menu of options pop up. There’s something on the top right and that allows you to share your screen. And that’s part of how SharePlay works. So you could tap into that and then whoever’s on the call will be able to see your screen and they’ll be able to see things like if you pull up photos, if you pull up something else, like say you want to show someone how to do something on the app, or you just want to show someone a quick photo while you’re on a call, you can just screen share right there.

So also while you’re on these video calls, you can do other things too. One of the demonstrations I saw was through Disney+ where you pull up the Disney+ app while you’re on a call, you decide you want to SharePlay while you’re watching a movie, you hit a button. Other callers on there will get a prompt that alerts them that someone wants to invite you to a SharePlay session. You’ll click on that to join a SharePlay and then you start the movie together. It works with up to 32 people. So you can have a lot of people at once all on this FaceTime call, all watching the same movie together. Anyone can pause the movie at any point if they need to stop and do something. If there’s like a fun part in the movie they want to fast forward to or they want to rewind back to something that was worth checking out, you can do that as well.

The other cool feature there too is say someone starts talking in the middle of the movie, the volume from that movie will automatically lower. And then once that person stops talking, the volume returns back to normal again. So, really cool. It also works on the NBA app as well. If the participants on the call all have NBA League Pass, which is the separate subscription that fans use to be able to watch any NBA game they want, they can sit within a FaceTime call and watch a game together. It also works on TikTok where users can hop in, share their feeds. If they see something funny, they can share it on the call and all watch it together. And there was a fun point too where you can actually scroll through a TikTok and … a TikTok feed rather and see everything that’s on there together as a group. It’s a lot of fun. The other cool part of this too is you can also stay in that SharePlay session and use picture-in-picture.

So say you wanted to look something up on a browser while you’re involved in a movie or a game or something like that, you can minimize the window on your SharePlay session. So at the top quarter of your phone, you might see whatever videos on, you might have that, you might see the icons for the FaceTime call. So you’re still in this call and then you can go back to your phone and look something up. So say I’m watching a Lakers game and I’m just curious about who’s leading the NBA in scoring, I could drop that NBA game within SharePlay into the top quarter of my phone and then pop on my browser and look up what I need to look up. It’s really fun. It’s really useful. For the Disney+ and NBA experiences, you have to have subscriptions. So as I mentioned, you have to have League Pass. For Disney+, everyone involved has to have Disney+ in order for this to work. The TikTok and NBA experiences through SharePlay are available now. Disney is going to launch their experience later this year.

There are also several apps available in the app store beyond that, that have SharePlay too. Redfin is one example. Say you’re looking at a home listing, you’re talking with someone. You can both look at that home listing together. There’s other stuff like Apple TV+, the Apple fitness app, Showtime, the streaming app. You can watch movies and TV shows there as well, and CARROT Weather where you can share forecasts with other people while you’re on a FaceTime call. Really fun feature. Looking forward to using more of this in the future.

Listeners, let’s hear from you. Do you have any comments, questions, or show ideas, any tech problems you want us to try to address? You can find me on Twitter @BrettMolina23. Please don’t forget to subscribe and rate us or leave a review on Apple Podcasts, Spotify, Stitcher, anywhere you get your podcasts. And don’t forget, we have a newsletter as well that you can subscribe to, the Talking Tech newsletter. You can visit us there at newsletters.usatoday.com and subscribe right away. You’ve been listening to Talking Tech. We’ll be back tomorrow with another quick hit from the world of tech.