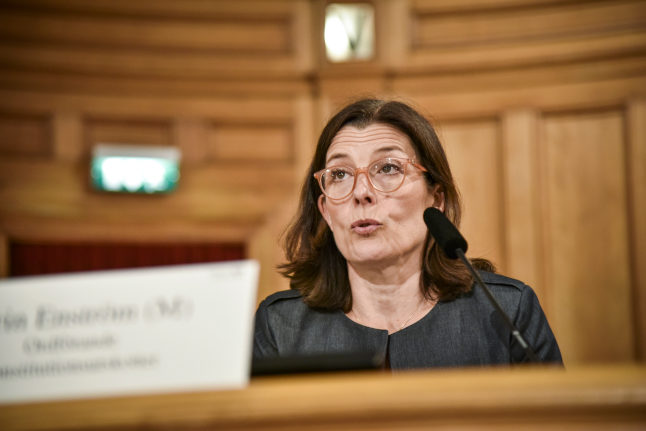 A powerful Swedish parliamentary committee has listed several flaws in the government’s handling of the coronavirus pandemic.

The Committee on the Constitution (Konstitutionsutskottet, or KU), which is tasked with examining the Prime Minister and his cabinet’s handling of important matters, concluded its inquiry into the government’s response to the pandemic on Thursday.

It identified a number of areas in which it found the government had fallen short of its obligations. “This is serious,” said the head of KU, Karin Enström, a member of parliament for conservative opposition party the Moderates, as the committee released its final report.

Some of these areas included:

There was a lack of clarity around who was responsible for testing, which contributed to the rate of testing not increasing as expected. According to KU, if the government had acted sooner to ensure regional authorities had a sufficient budget for testing it could have sped it up. It also noted that the government should have ordered the Public Health Agency to develop a national strategy to expand testing sooner.

It also criticised the government for not putting forward a proposal for a Pandemic Law that gave it more extensive powers to impose new rules sooner. The law was only rushed through in January 2021 – months after a previous similar, but not identical, law had expired. KU argued that the Swedish parliament should have been given more time to process the government’s Pandemic Law bill.

KU also found that it was unclear who was in charge of purchasing protective equipment and other healthcare equipment for local and regional authorities, with several providers believing they were only to sell equipment to the National Board of Health and Welfare.

It also stressed that the government’s decision to impose limits on the number of people allowed to attend public gatherings and public events constituted significant restrictions on people’s constitutionally protected rights and freedoms. The government should therefore at an earlier stage have given the Public Health Agency the job of continuously reveiwing the epidemiological necessity of these restrictions.

The committee was unanimous in its criticism, but Social Democrat represenative Hans Ekström told reporters: “Most of the work has worked well, but it is obvious that Sweden was not fully prepared.”

This is one of two investigations being carried out into the Swedish coronavirus strategy. KU’s inquiry mainly focused on the government’s role and whether or not it was in line with its constitutional obligations, and not as much on Sweden’s coronavirus strategy as a whole.

A separate investigation by the Coronavirus Commission, set up by the government, will take a more in-depth look at the wider strategy. It published its first report in December, looking then at the handling of the pandemic in the elderly care sector, which meant the bigger questions over Sweden’s decisions to avoid the lockdowns seen elsewhere were only mentioned in passing.

The commission’s second report, due on October 31st, will look into the choice of strategy as one of twelve different subjects.