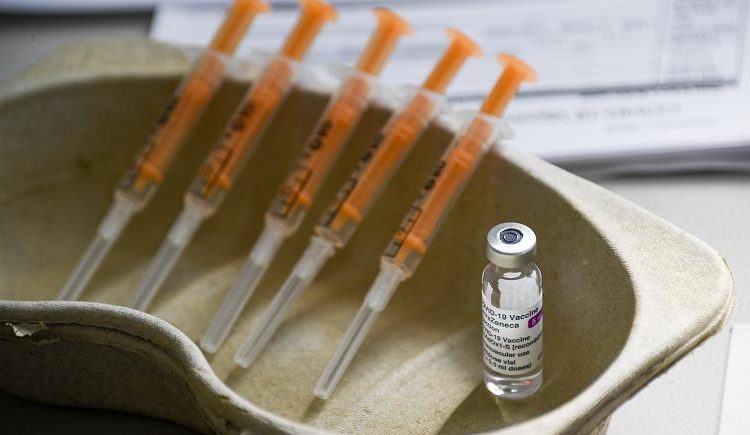 Amid suspicions that a rare type of blood clot could be caused by AstraZeneca’s COVID-19 vaccine, the European Medicines Agency concluded on March 18 that the benefits of the shot outweighed the risks.

After that, most of the numerous European countries that had suspended the drug resumed vaccinations with AstraZeneca.

In the Nordic countries, however, authorities have remained wary. Sweden, Finland and Iceland now only use the vaccine for their elderly population, while Denmark and Norway have prolonged their suspension of the AstraZeneca vaccine until the middle of April.

The pause means a setback for these countries’ vaccination rollout, which in turn might cost human lives lost to the coronavirus. So why are Denmark and Norway not following the European Medicines Agency (EMA)?

Norwegian and Danish health authorities acknowledge that pausing the vaccine from British-Swedish firm AstraZeneca will delay the vaccination of their populations by a couple of weeks.

“The question about the cost of lives is legitimate, and it is a genuinely difficult one,” said Sara Sofie Viksmoen Watle, senior physician at the Norwegian Institute for Public Health.

“In Norway, the coronavirus has spread relatively slowly, so acquiring more knowledge about the possible risks of the vaccine is now the highest priority.”

Danish pandemic researcher, professor Lone Simonsen, head of PandemiX centre at Roskilde University, said that weighing the potential deaths up against each other is complicated. “You can easily count the deaths caused by possible side effects, but you will never know which individuals were saved by the vaccine.”

Sweden and Finland have decided, for the time being, to give the vaccine only to people aged 65 or above.

In Iceland, only people older than 70 will get the vaccine.

The rare thromboembolic events currently under investigation have mainly been found among women well below the age of 65.

“Each country has to make their own analysis, looking at different factors, such as the spread of the virus,” Sweden’s state epidemiologist Anders Tegnell told Euronews. The country is currently looking into three possible cases of adverse effects of the vaccine, two of which were fatal. About 218,000 people in Sweden had at least one dose of the AstraZeneca vaccine, according to numbers from the country’s national vaccination register.

“There is good proof that the benefits are much stronger than the risks,” he said about Sweden’s decision to continue vaccinating people over 65. “There is clearly a very small risk if any among elderly people.”

Sweden was, according to Tegnell, not being overly cautious in halting the vaccine. “We have a good dialogue with our Nordic neighbours, and that was the right reaction at the time.”

‘Not getting my AstraZeneca shot was my main concern’

The first reports of potential adverse effects of the AstraZeneca vaccine came from Austria and led to the suspension of the suspected vaccine batch.

Four days later, on March 11, Denmark paused the use of the vaccine. Norway and Iceland followed suit as did many other countries across Europe.

In Finland, Tuula and Jukka Tuomisto, a retired couple about to have the AstraZeneca shot, followed the news closely. “We did discuss why other Nordic countries were not using the vaccine,” said Jukka, 77. “But we were both convinced that it could not be that dangerous.”

His wife, Tuula Tuomisto, 75, a retired nurse, only had one concern: “I was afraid that Finland would suspend the use of the vaccine before we would have it!”

Both managed to get their shots just two days before Finland temporarily stopped using the vaccine on March 19 following two cases of blood clots in the country.

In its preliminary report from March 18, the EMA’s safety committee concluded that AstraZeneca’s vaccine was not associated with an increase in the overall risk of blood clots.

According to the agency, 20 million people in the UK and the European Economic Area (EU + Iceland, Norway and Liechtenstein) had received the vaccine as of March 16. EMA had by then reviewed seven cases of blood clots in multiple blood vessels (disseminated intravascular coagulation, DIC) and 18 cases of clots in the vessels draining blood from the brain, a condition called cerebral venous sinus thrombosis (CVST).

“A causal link with the vaccine is not proven, but is possible and deserves further analysis,” the report concluded.

“We have noted the EMA review, but things do look different in Norway,” said Watle, highlighting the country’s high rates of serious and suspicious incidents after AstraZeneca inoculations.

So far, there have been reports of five Norwegians suffering blood clots associated with low levels of blood platelets shortly after having the shot in question. Three of them have died. In addition, one case of bleeding combined with lowered blood platelets is being investigated as a possible side effect of the vaccine.

Norwegian researchers have found that a possible explanation for the adverse symptoms could be a strong immune response, though Watle said it was still uncertain whether the vaccination caused these life-threatening conditions.

About 130,000 Norwegians have had at least one injection of the AstraZeneca vaccine. The jab has mainly been given to healthcare workers, meaning that 78% are women, mostly belonging to the younger part of the population. About 1 out of 25,000 have suffered from the severe and rare thromboembolic condition.

“Norway is a small country with few hospitals, so news travel fast,” explained Watle, when asked why Norway’s incidence rate of possible adverse effects seemed higher than elsewhere. The country also has — as do other Nordic countries — good and efficient registers, where all signs of side effects are reported almost in real-time, the medical expert went on.

The Danish Medicines Agency is dealing with two reported incidents of this rare type of thromboembolic events, one of them fatal. One other death is being investigated.

“These incidents are highly unusual and highly suspicious. There is in my opinion a high likelihood for causality,” said Lone Simonsen, professor at Roskilde University in Denmark. Often referred to as “Corona-Lone”, she is one of the country’s leading pandemic experts. In Denmark, 150,000 people received the jab before it was halted, which means that the incident rate of blood clotting associated with low blood platelets is 1 out of 75,000.

Though lower than in Norway, this rate is in Simonsen’s view very high and above the incidence rate observed in a famous 1976 vaccination scandal in the United States. Back then, it turned out that people who were vaccinated against swine flu had a heightened risk of contracting the Guillain–Barré syndrome, a rare neurological disorder that can lead to paralysis and in the worst case death.

“To me, that is a red flag,” said the epidemiologist. Nevertheless, Simonsen does not blame the UK and others for continuing to use the AstraZeneca vaccine widely, since reports of the rare types of blood clots have been few.

According to the British government, thromboembolic events with lowered blood platelets have been reported in less than one in a million people vaccinated so far, causing one death.

In Simonsen’s opinion, however, all countries should be interested in understanding these events. “We have to understand the pathology: Who gets this reaction? A special blood type or gender? Could there be genetic reasons?”

“Now, the best approach is to identify who has these adverse effects and why,” Simonsen said.

Throughout this whole vaccine controversy, Jukka and Tuula Tuomisto listened carefully to the Finnish health authorities and trusted that their decisions were based on the best available scientific evidence.

“I feel confident that when our country’s leading experts look into something, we cannot ask for more,” said Jukka, a professor emeritus himself.

Jukka’s trust in health authorities is typical for a Finn or any other Nordic citizen, said Salla Sariola, adjunct professor at Helsinki University in the sociology of global health.

“Finnish people are highly educated. As a rule, they have a positive attitude towards science and trust each other,” Sariola noted. “Finns generally follow the instructions of authorities very closely.”

“The Finnish population is the most trusting in the world,” she explained.

According to trust researcher Gert Tinggaard Svendsen, a professor at the department of political science at Aarhus University in Denmark, all Nordic countries are characterised by a record high degree of trust and a record low degree of corruption. “This means that we trust that others will behave well,” he said.

“Since the stone and Viking ages, trusting each other has been crucial for Scandinavians,” Svendsen noted. “In a marketplace filled with illiterate traders, your word becomes extremely important.”

At the same time, the tolerance for being deceived is low. “Honesty and information are crucial to trust authorities,” Svendsen stressed.

Simonsen told Euronews that the doubts surrounding the AstraZeneca vaccine would not fuel vaccine hesitancy.

In Denmark, acceptance of vaccines is at 93%, and this is unlikely to change anytime soon, the expert said. “Most people understand that our government is doing its best.”

Citizens in other Nordic countries also generally have a positive view of vaccines. Both Tegnell in Sweden and Watle in Norway said that trust in COVID-19 vaccination remained high among their fellow citizens.

Back in Finland, the Tuomistos are still waiting for an invitation to their second AstraZeneca shot, while hoping that vaccine rollout will eventually put an end to months of isolation.