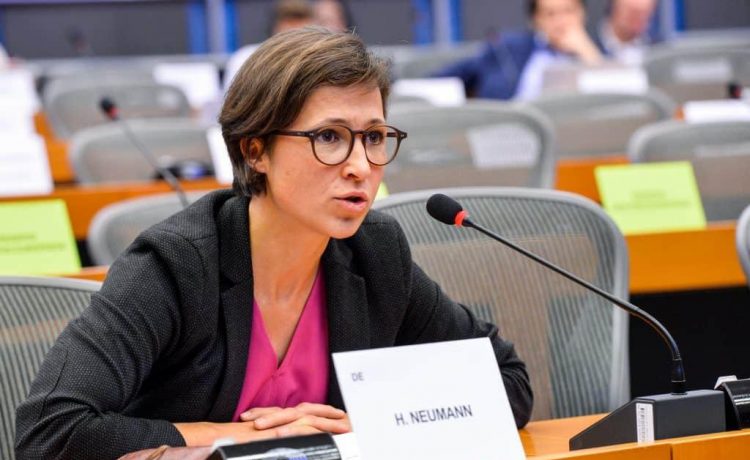 Represented by MEPs Hannah Neumann and Marc Tarabella, Delegation Arab Peninsula in the European Parliament hosted a virtual  debate on Migrant Workers in the Gulf. The meeting was attended by some international organizations, unions, NGOs, and representatives of some Gulf states.

William Gois, Regional Coordinator of the Migrant Forum in Asia who started with referring to wage theft as one of the most significant violations against migrant workers who have lost their jobs and denied of their wages.

Mr. Gois added that the wage theft has been more systematic during the pandemic where some workers were sent to their countries of origins without payment.  Willial Gois paid tribute to the reforms, significantly with regards to Kafala System in Qatar asserting that there they expect more practical implementing of these reforms.

Roula Hamati from the International Organisation on Migration pointed out that the gulf region is facing a big problem in implantation of policies stating the significance of addressing the power imbalance. She also referred to the massive problems migrant workers face while struggling to access to justice and asking for their rights.  Hamati asserted on the necessity to advocate the right of mobility for migrant workers in the Gulf Region.

Sharon Burrow, Secretary General of the European Trade Union Confederation, declared that they have been concerned over a decade about the modern     slavery context in the Gulf countries in terms of contract substitution, wage theft, inadequate accommodation, and restricted right to mobility.  “All these violations are entirely unacceptable”, Burrow said.

“We are now noticing a great progress and clear reforms in Qatar, not only in Kafala system but at different levels including minimum wage, transparent amount for accommodation and food, and freedom of workers to voice” ETUC’s representative mentioned.

Moving to highlight the situation of other Gulf countries, Sharon Burrow said that there is some progress taking place in Saudi Arabia, especially in transparent work contract, but there is more promised yet be fulfilled yet.

“I am surprised to say that I was expecting the UAE to lead that shift for it is international profile and big tourism sector. Not only they failed to shift, but they are even campaigning against World Cup in Qatar which is unacceptable at all” She added.

To achieve success in the status of migrant workers in the Gulf states, Hatoum Homoayounpour, representative of The International Labour Organization called for the implementation of solid laws in linkage to international standards and conventions.

“We have amazing results with the case of Qatar thanks to collaboration among NGOs, trade unions, the UN system, and the supreme committee towards enacting really solid laws. Not only migrant workers benefit from the reforms in Qatar, but also so many companies are making the advantage of those reforms enhancing their business and making their workers happier”, ILO’s representative said.

Hassan Al-Thawadi, Secretary General of the Supreme Committee for Delivery and Legacy in Qatar, said that his country in on the right track in achieving better conditions and protecting the rights of migrant workers.

Despite the reality that there is still working to be done, Qatar is fully committed to trace more reforms for migrant workers.

Representatives of Bahrin, Saudi Arabia, Kuwait, and the United Arab Emirates referred to noticeable achievements and reforms for migrant workers including protection of expatriate workers, enhanced visa scheme, freedom to mobility, provision of medical and psychological support, and other relevant. 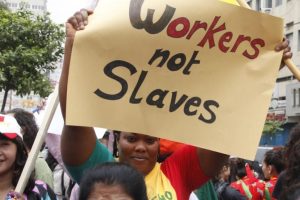