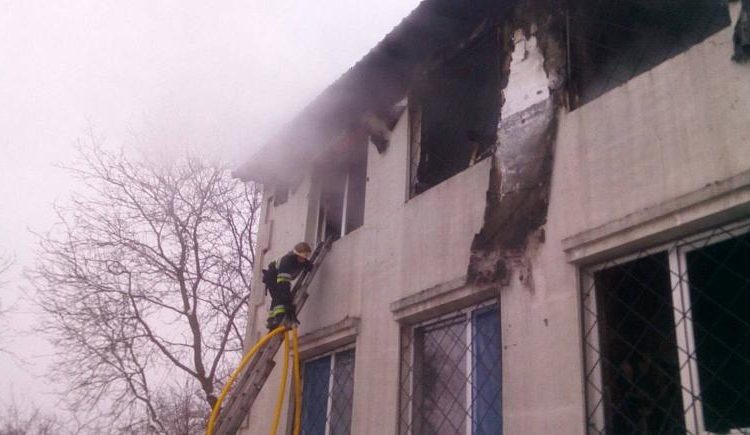 Ukrainian authorities have arrested four people in connection with a deadly fire at a retirement home in Kharkiv.

15 people were killed after a blaze ripped through the nursing home on Thursday afternoon in the eastern Ukrainian city, according to emergency services.

Nine others were rescued, five of whom have been taken to hospital for treatment.

Pictures from the scene showed blackened rooms and barred windows on the upper floor of the two-storey building, which had been converted into a home for the elderly. 50 firefighters attended the incident to extinguish the flames.

In a statement on Facebook, the country’s attorney general, Iryna Venediktova, said four people have been arrested.

The suspects include those who owned and rented the building, as well as the manager of the retirement home. Authorities say they are investigating if the fire was started by arson or the short circuit of an electrical appliance.

Ukraine’s President Volodymyr Zelensky visited the centre in Kharkiv and has announced a national day of mourning for Saturday.

In an earlier tweet, the President called on local authorities to do “everything possible” to help victims and relatives who had lost loved ones.