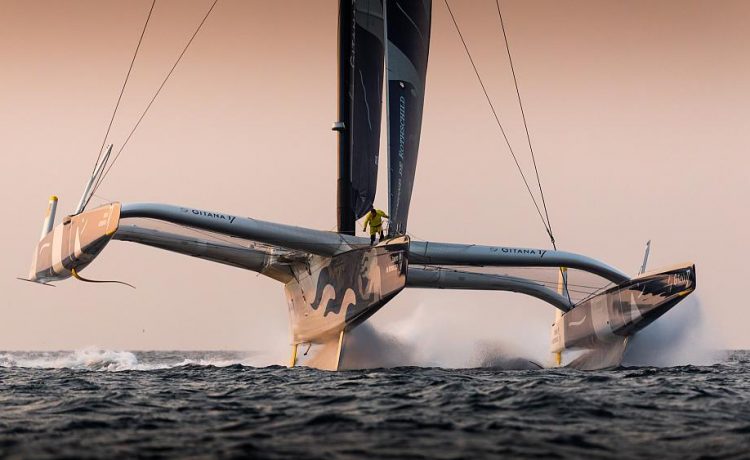 With the parting words “Here we go, 40 days, in 40 days we have to be back here,” yacht skipper Charles Caudrelier and five other crew members set off on a mission to break the world record for sailing round the world, otherwise known as the Jules Verne Trophy.

Along with co-skipper Franck Cammas, he and the other four crew crossed the start line in the early hours of Sunday morning off the coast of Brest in northwestern France.

To complete the task, they’re sailing on a giant flying 32m multihull vessel called the Maxi Edmond de Rothschild, which at times does indeed look more like a plane than a boat.

This is the second attempt for the yacht.

The first was on November 25, an adventure that ended just two days later when it collided with a UFI – an unidentified floating object.

“Everything will be better! I hope!” Cammas told AFP before the start. “The first attempt was shortened a bit quickly. The weather window we had taken was not very good and that’s what also prompted us to turn around quickly”.

The very first Jules Verne Trophy was won by Bruno Peyron, who took almost 79 days in 1993, nearly twice the time of the present record.