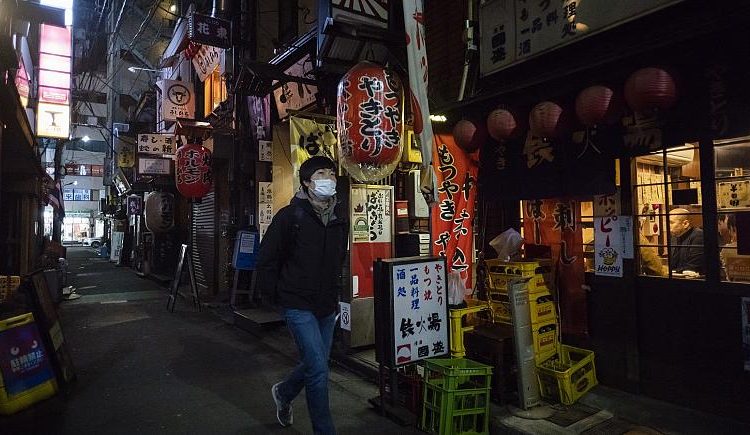 A new variant of coronavirus has been detected in four travellers arriving in Tokyo from Brazil, Japan’s Health Ministry announced on Sunday.

The mutation, which is different from those already documented in the UK and South Africa, is the latest incidence of the virus evolving.

The news comes as several regional governments in central Japan requested a state of emergency be declared to stem the rising tide of coronavirus cases in the country.

Similar measures approved by prime minister Yoshihide Suga came into force in Tokyo and the surrounding Chiba, Kanagawa and Saitama regions on Friday, which will see restaurants and bars closing from 8 pm for at least a month.

Gifu prefecture implemented its own month-long state of emergency on Saturday. The leaders of Osaka, Kyoto, and Hyogo prefectures have formally requested to follow suit.

The surge in cases is being linked to the discovery of the more transmissible UK variant.

Japan first reported cases of the coronavirus variant found in the UK at the end of December. The discovery prompted the country to close its borders to all non-residents.

The travellers from Brazil’s Amazonas region tested positive for coronavirus on arrival at Tokyo’s Haneda International Airport on January 2 after spending time in quarantine at the airport.

Takaji Wakita, head of the National Institute of Infectious Diseases, said the new variant of the virus is different from those already circulating from the UK and South Africa.

Seven people were diagnosed with the UK variant, the Japanese Health Ministry confirmed, all of whom had travelled to Japan from Britain or were in contact with someone who had.

“At the moment, there is no proof showing the new variant found in those from Brazil is high in infectiousness,” Wakita told reporters at a briefing on Sunday.

Of the four who tested positive with the variant, one man in his forties was hospitalised after developing problems breathing. Similarly, a woman in her thirties complained of headaches and a sore throat while a male teenager presented with a fever. A second teenager was asymptomatic.

New COVID-19 infections surpassed 7,000 on Thursday for the first time in months, including 2,400 cases in Tokyo.

The country has widely avoided the same levels of infections as experienced in other parts of the world, including Europe.

Overall, Japan has recorded 282,737 cases and 3,805 deaths since the start of the pandemic, according to the latest data compiled by Johns Hopkins University.

Japan is due to host the Olympic and Paralympic Games in July, a year later than planned after it was postponed due to the pandemic.