Mayor of Stockholm: ‘We want to be the impact capital of the world’ 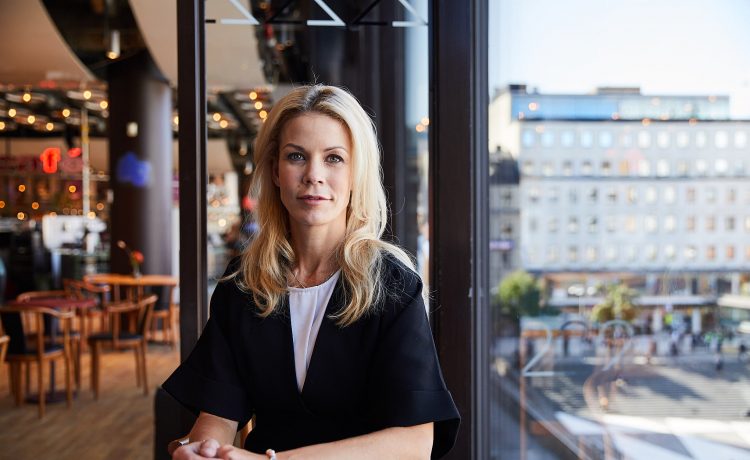 Few years have given humankind as much cause for reflection as 2020. But in the eyes of Anna König Jerlmyr, the Mayor of Stockholm, reflecting on your purpose and the impact you can have has always been crucial.

She’s one of many mayors across Europe, from Ada Colau in Barcelona to Sadiq Khan in London, seeking to show how their cities can rise to the unique challenges of the present – and thrive in the post-pandemic world.

In this interview with The Local, König Jerlmyr tells us why Stockholm is a great place for finding balance, meaning, and a positive vision of the future – as well as revealing how the city can still improve, both by learning from others and by following its own ambitions.

A city of balance

The 21st century has been referred to as the century of the city. So, what makes Stockholm a special city to live and work in?

“The balance between the city and nature,” says König Jerlmyr. “As well as work-life balance, which makes it an attractive place to raise a family. We also have free schools up to 19 years old, as well as international pre-schools and elementary schools.”

While many international people are aware of such advantages to life in Sweden, the capital city also makes a significant global business impact for its size. How does Stockholm do it?

“Agility and problem-solving are vital,” says König Jerlmyr, who then outlines a multitude of factors underpinning these qualities. “We’re quite small so we can perhaps move faster than bigger countries or cities. We had home computing very early and people are used to digital tools – we could be the first country without cash and the first to use e-currency.

“We have no problem communicating with the international community in English and we are used to sharing ideas and knowledge. Plus, here you’re not afraid to talk to your boss!”

Stockholm is especially attractive to international talent due to the quest for meaning in life that many people feel now more than ever, believes the Mayor.

“Values are a great way of attracting talent and Stockholm as a city is trustworthy, visionary and free. We will strive to be the impact capital of the world,” she says.

“Purpose is what drives people these days, not only the salary or the bonus. You want to create something good and leave things better than when you started.”

A culture of collaboration

Real leaders must know when to listen to others. Many European cities and their leaders are in close dialogue about how to manage economic recovery after Covid-19 and create more sustainable societies.

König Jerlmyr, who was President of Eurocities for two years until November, says Stockholm learns from many leading cities. For example, she says both London and Warsaw have shared insights about staging cultural events digitally during the Covid-19 pandemic. Helsinki has also provided inspiration in terms of focusing on solutions for the post-pandemic world.

“The Mayor of Helsinki and I have talked about being even more ambitious about stimulus packages for digital innovation after this,” she says.

While Stockholm is widely recognised as an innovation hub, there’s at least one area where König Jerlmyr says the city must learn from the US tech scene. “We’re progressing in terms of commercialising innovation in our universities,” she says. “But we’re still not as good as many US universities.”

Why cities are key to solving climate change

Climate change may have moved down the news agenda in 2020. But the pandemic has shown people just how vital protecting the environment is, says König Jerlmyr. “We have so many green areas in Stockholm. We also have lots of water and the air and water are clean,” she says.

The City of Stockholm has set itself the goals of becoming a “fossil free organisation” by 2030 and “a climate positive city” by 2040. “We need a sense of urgency on sustainability and to work with effective measures, otherwise it will be too late for future generations,” she continues. “That’s why we want to be the world’s first climate positive city.”

Looking at the issue from a pan-European perspective, she says: “It’s not only about EU member states. Cities are more agile and ambitious. With climate change, the main part of the problem is in cities, but it’s also where the solutions are; cities work to bring together the universities and the business community.”

Stockholm is a hugely successful start-up hub and one of the world’s most gender-equal nations. But the lack of women in the technology industry remains an issue everywhere.

“The idea of feminism through ownership is a really interesting area – women owning more companies and property,” says the Mayor. “Just a small amount of investment goes to female founders. I’m always trying to meet women entrepreneurs and I’m very active in the Women in Tech movement.”

She wants a wide-ranging approach that also looks at the roots of the issue. “Maths is crucial for girls in school,” she adds. “We have some great role models but it’s still not 50/50 and there’s a long way to go.”

What about diversity in other areas? The Mayor recalls attending an event at Epicenter Stockholm, which aims to “supercharge” growth for digital scale-ups and entrepreneurs.

“They recruited talented people from around the world,” she says. “What matters is whether you have the cognitive skills to be a really good programmer – not where you’re from, your ethnic background or sexuality.”

The future: work permits while you wait

In recent years, stories have emerged about skilled international workers being deported from Sweden due to often minor administrative errors. The issue relates to national laws but the Mayor of Stockholm says she’s doing all she can to address it.

“I’m ashamed when I hear about people being deported, so I’m really working hard on that,” she says. “We’re really lobbying for Sweden to have a national talent strategy.”

What are her other future priorities? She wants to see the first Stockholm ‘unicorn’ business owned by a woman. More broadly, she wants to make the city as supportive and attractive as possible for international talent. This would mean introducing an Entrepreneur’s Visa, a Talent Visa and more e-services you could access before even moving to Stockholm.

The city is also planning a “one-stop shop” International House for newly arrived international residents to get themselves set up. “I want people to be able to get a digital work permit in 15 minutes,” says König Jerlmyr. “We want to give people fantastic opportunities from the beginning.”

A support programme specifically for the spouses and partners of people moving for work is planned, as well as a conference focused on international talent – both those already in Stockholm and people abroad.

As always in Stockholm, there’s lots to reflect on as one year closes and another begins – and even more to focus on in terms of future impact.