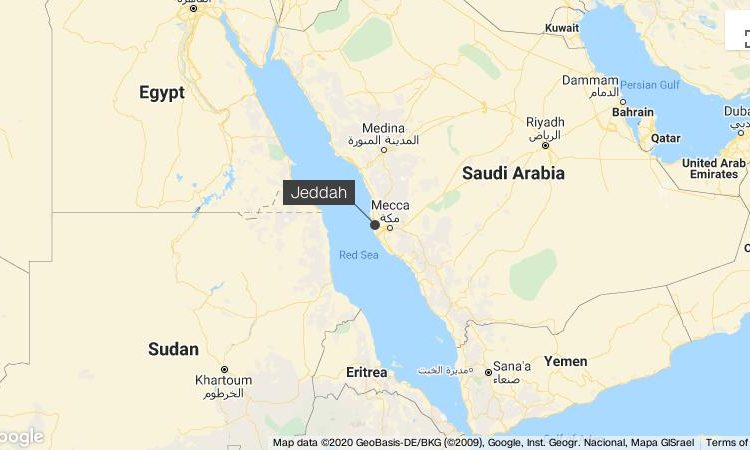 A Singapore-flagged oil tanker was hit by “an external source” while discharging at the port of Jeddah in Saudi Arabia Monday, owner and operator Hafnia said in a statement.

The incident, which occurred at approximately 00:40 local time, caused “an explosion and subsequent fire onboard,” the company said, as well as hull damage. It remains unclear at this time what the “external source” was.
“The Master immediately ceased all discharge operations and enacted emergency procedures onboard,” the statement added.
The crew has extinguished the fire with assistance from the shore fire brigade and tug boats, and all 22 seafarers have been accounted for with no injuries. Hafnia said “it is possible that some oil has escaped from the vessel, but this has not been confirmed and instrumentation currently indicates that oil levels on board are at the same level as before the incident.”
Cooling procedures and inerting of cargo space have been started to avoid any more potential fires, while ship stability is being assessed before continuing with any further operations, the company added.
Inerting is the introduction of a non-combustible gas into a confined space to lessen the risk of fire.
Hafnia said it has activated its shore-based emergency response team and all relevant authorities have been advised of the incident. “(We are) working with them to ensure the ongoing security of the crew, vessel and environment,” the company said.
Singapore-based Hafnia operates a fleet of 178 vessels and provides transportation of oil and oil products “to leading national and international oil companies, major chemical companies, as well as trading and utility companies,” according to the statement.
Read from source: https://edition.cnn.com/2020/12/14/middleeast/jeddah-saudi-arabia-singapore-tanker-explosion-intl-hnk/index.html
Share on FacebookShare on Twitter
Malmo Express NewsDecember 22, 2020