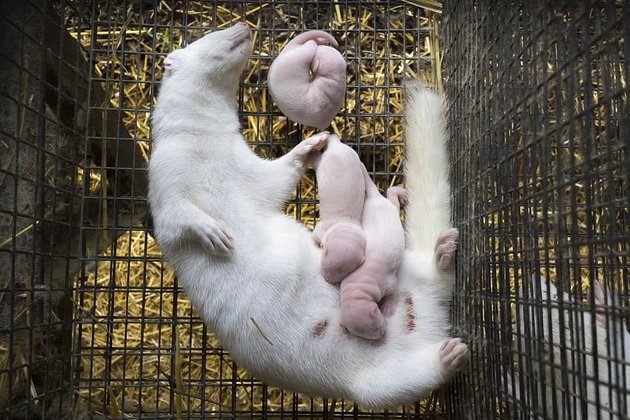 Denmark on Monday agreed on a temporary ban on mink breeding, leaving little hope to rebuild the industry, which pioneered the global fur trade.

Fearing an escalation of the coronavirus epidemic in the Nordic country, exacerbated by the discovery of a mutated virus strain, the Danish government ordered all mink culled in early November, despite lacking part of the legal basis to do so.

The move by lawmakers retroactively creates the legal basis for its order to cull all mink in the country in November.

Likely to be one of the last farmers in Denmark with mink on his farm, Erik Vammen initially defied the government’s calls for a nationwide cull, but now faces no other option than to put down his remaining 5 000 virus-free mink.

“I will comply with the law, as I’ve always done”, Vammen told Reuters, adding that he’ll wait until the last moment to cull his mink.

“I’m keeping my head high.” The 62-year old farmer said it is likely he’ll pick up mink breeding again when the temporary ban subsides in 2022.

The new law, which bans mink breeding by 15 January, also outlines some compensation for farmers, but lawmakers have yet to finalize exact measures.

The government’s order has effectively obliterated Denmark’s mink industry, known for its top-quality mink pelts, with most farmers and industry voices saying the industry will never recover.

Authorities later admitted that the order to cull healthy mink herds had lacked a legal basis.

The move hurled the government into a political storm, as plummeting public trust coincided with resignation calls and a vote of no confidence by opposition parties, culminating in the exit of the agriculture minister.

Parliament has also decided to instigate a probe into the government’s handling of the mink crisis, including the actions of Prime Minister Mette Frederiksen.