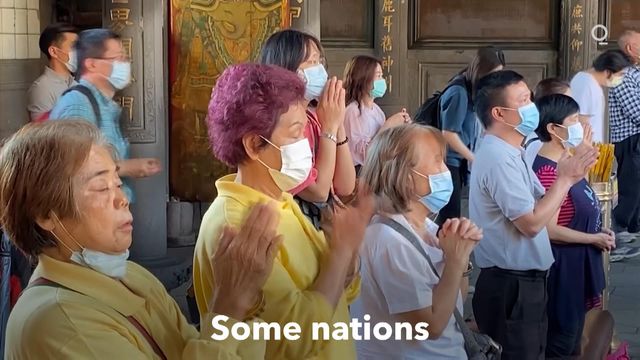 Sweden faces a shortage of health-care workers as the number of resignations ticks up after a relentless year of caring for Covid patients.

Sineva Ribeiro, the chairwoman of the Swedish Association of Health Professionals, says the situation is “terrible.”

Even before the first wave of the pandemic back in March, there was “a shortage of specialist nurses, including at ICUs,” she said in a phone interview.

The development shows that even countries with universal health-care systems are struggling to keep up with the Covid crisis. This week, Stockholm’s intensive care capacity hit 99%, sending the city into a panic and prompting calls for outside help.

But even if more ICU beds are provided, the bigger concern now is whether Sweden has enough health-care workers with the skills needed to look after the country’s sickest patients.

Ribeiro says that already back in May, members of her union “warned of an untenable situation.” There are fewer qualified people available now than there were in the spring, “which makes it harder to expand ICU capacity,” she said.

Health-care professionals have emerged as the heroes of the Covid crisis, often drawing cheers from grateful onlookers as they emerge from hospitals after long and grueling shifts.

But increasingly, staff are so desperate for some real time off that they see resignation as the only way out, Ribeiro said. A survey by broadcaster TV4 showed that in 13 of Sweden’s 21 regions, resignations in the health-care profession are now up from a year ago, at as many as 500 a month.

Stockholm County Mayor Irene Svenonius says the situation is “extremely tense.” In an interview with Dagens Nyheter on Friday, she acknowledged that health-care workers are overworked, and that there’s a need to add staff. “There’s fatigue,” she said. “You can’t ignore that, so it’s extremely important to get more people.”

It’s uncertain where that extra capacity will come from. Stockholm has asked for additional health-care staff from Sweden’s armed forces, but it’s not clear the military has the resources to help. In the meantime, over 100 staff from a children’s hospital have reportedly been redeployed to intensive care units, meaning that children who had been due to receive non-emergency surgery will now be forced to wait.

On Saturday, neighboring Finland said it’s ready to assist by freeing up space for Swedish ICU patients. But before Sweden draws on help from its Nordic neighbors, it will try to use available ICU capacity in parts of the country that are less burdened, according to local media.

The worry is that, despite scientific strides that allow medics to better understand and treat Covid-19, there aren’t enough professionals left to put that knowledge into practice.

“We don’t have the staff to do it,” Ribeiro said. She described the current health-care crisis facing the country as “unprecedented.”

Part of the problem is that nurses in particular are increasingly unwilling to subject themselves to the hours and conditions facing them during the Covid crisis, given the average pay level. Sara Nordin, once an assistant nurse at an intensive care unit, told Bloomberg in October that she quit because she couldn’t make ends meet on the $33,600 basic pay she got a year.

“I talked to members in August who said they would resign because it was the only way to get some time off and recover,” Ribeiro said. “We see high rates of sickness, symptoms of exhaustion and members who have been infected.”

For Sweden, the danger now is that more people will die because there aren’t enough qualified health-care professionals left to look after them.

“In a work environment where you are so tired, the risk of mistakes increases,” Ribeiro said. “And those mistakes can lead to patients dying.”