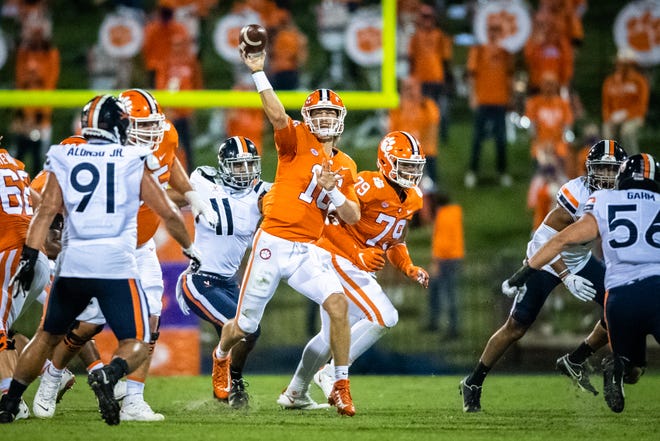 The ACC announced Tuesday a series of scheduling changes that would lead Notre Dame, Clemson and Miami (Florida) to play nine-game conference schedules as a way to streamline the path to the league championship.

The changes also mean the Fighting Irish are a lock to make the title game.

In voting to approve the plan, the league’s athletics directors voted “to preserve the integrity” of the ACC championship game, the conference said.

The Fighting Irish, Tigers and Hurricanes are the only ACC teams with fewer than three losses in ACC play and the only three teams capable of reaching the conference championship game, which is scheduled Dec. 19.

To accommodate the plan, Clemson and Notre Dame will end the regular season this weekend. Clemson is scheduled to play Virginia Tech and the Irish are slated to play Syracuse.

At 8-0 and owners of the head-to-head tiebreaker with Clemson, the Irish have already secured a spot in the ACC championship. Clemson, which beat Miami earlier this season, can secure a rematch with Notre Dame by beating the Hokies.

Should Clemson finish 8-1 in the ACC, Miami would face Georgia Tech on Dec. 19 to complete a nine-game conference season. Should the Tigers lose to the Hokies, Miami can secure a spot against Notre Dame with a win Saturday against Duke and on Dec. 12 against North Carolina.

Should any of this weekend’s games involving the three contenders not proceed as planned, “the ACC has the option to reschedule games on Dec. 12 as needed,” the league said.