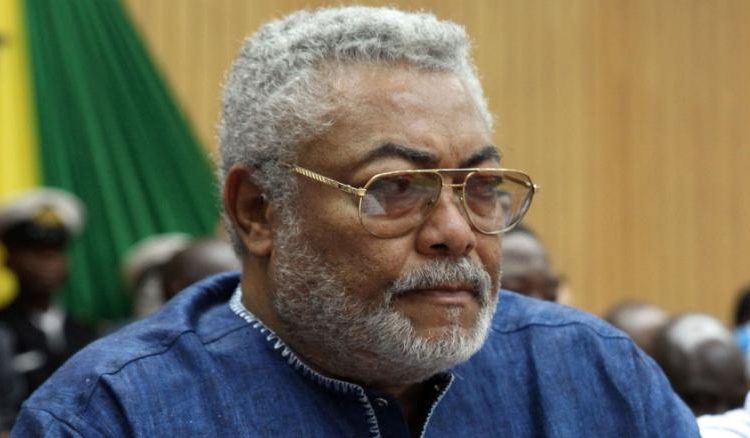 The eldest daughter of the late Jerry Rawlings, a former president of Ghana, has warned against scammers using fake social media accounts that claim to be raising funds for her father’s funeral.

In a statement posted on Facebook, Zanetor Rawlings said the culprits are purporting to be her or a representative and urging individuals to make donations to funeral arrangements.
“The modus operandi of these criminals is to first engage the attention of unsuspecting people who genuinely wish to express their condolence to the MP, then they proceed to solicit for donations for the funeral arrangements,” Rawlings, who represents the Klottey Korle constituency in Ghana’s parliament, said on Friday.
Her office asked the public to be on the lookout and report anyone to the police who engages with them on social media claiming to be her.
One example that she posted shows an impersonator sending bank account information to a victim and asking them to “please try and donate if you can,” claiming the funds are for “arrangements for the funeral.”
She warned the culprits that “impersonation is a crime” and that “anyone caught will be prosecuted.” According to Ghana’s 1960 Criminal Code, a person who defrauds another using false pretenses “shall be guilty of a second degree felony.”
Her handle on her official Instagram, Facebook and Twitter accounts is @zanetorofficial. Funeral arrangements for her father have not yet been finalized.
On Tuesday, Rawlings posted a photo on Facebook showing her dancing with her late father. “You’re sorely missed, daddy,” read the caption.
Jerry Rawlings, who seized control of Ghana twice in military coups before becoming the country’s democratically elected president, died earlier this month at the age of 73.
He went on to oversee Ghana’s transition to multi-party democracy, winning election in 1992 and 1996 before stepping down in 2001.
Rawlings remained a power broker in Ghanaian politics while serving in various international diplomatic posts, including as the African Union’s representative in Somalia.
Read from source: https://edition.cnn.com/2020/11/27/africa/ghana-president-daughter-social-media-intl/index.html
Share on FacebookShare on Twitter
Malmo Express NewsNovember 28, 2020