On The Crown season 4, pop music is its own character 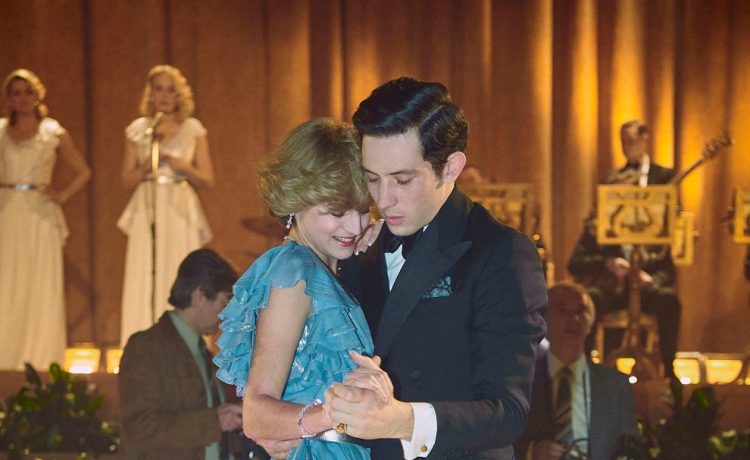 In an early episode of The Crown’s new season, the future Princess Diana dances jubilantly with her squealing roommates to Stevie Nicks’s “Edge of Seventeen”. Newly engaged to Prince Charles, she is 19, starry-eyed and in love. But by the time the end credits roll, that glow is starting to fade. As Diana’s wedding veil falls over her eyes and her gown’s miles-long train trails behind her, “Edge of Seventeen” plays again, with Nicks’s vocals isolated. This time, the tone is markedly – forebodingly – different.

The decision to play the song again a cappella “was a reflection of Diana’s sense of existence at the end of the episode”, explains series music supervisor Sarah Bridge. “We were initially sent the stems of the song for editing purposes and upon listening to the vocal take in isolation, were all mesmerised by the raw beauty and starkness of the performance. It felt very fitting for this moment.”

As the lavish Netflix series jumps from the late Seventies to the decade-long Thatcher era, pop music is placed front and centre, propelling the story forward, capturing the time period and communicating characters’ emotional journeys. The decision to use more commercial music this season is no accident, according to Bridge, who researched the real Diana’s musical tastes. “Diana did love music,” she says. “Most famously, Duran Duran were known to be one of her favourite bands. Episode three [“Fairytale”] is our first musical introduction to Diana and features several artists of whom she was a fan.”

We first meet Lady Diana Spencer (played with uncanny accuracy by Emma Corrin) in 1977, as a shy student who happens to cross paths – dressed as a tree, no less – with her future husband at her family’s estate. From there, season 4 zooms in on a still-teenage People’s Princess as she eventually catches a brooding Charles’s interest, passes “The Balmoral Test” with flying colours, marries into the royal family, sinks into a state of deep depression while privately battling bulimia, and confronts her husband’s still-very-active affair with Camilla Parker Bowles. Throughout all this, music is a constant.

Bridge cites another episode-three cue: Elton John’s “Song For Guy”, which plays as a pre-wedding Diana is beginning to realise that her impending marriage may not be everything she anticipated. “Diana is feeling utterly alone and despairing, she is losing herself in dance and music – it’s a bittersweet moment of sadness and empowerment,

But Diana doesn’t get all the standout musical moments. The Princess Margaret-centric episode “The Hereditary Principle” opens with the Queen’s sister (played by Helena Bonham Carter) cueing up David Bowie’s “Let’s Dance” and cutting a rug with a priest friend, Derek Jennings (played by Tom Burke). “The song was on a playlist I had curated for the episode’s director Jessica Hobbs early on,” Bridge says. “It’s a snapshot into a side we so rarely see in Margaret in Season 4 – so incredibly alive and happy. It really came to life and blossomed on set when Helena Bonham-Carter and Tom Burke began to play with the performance and energy of the song.”

Meanwhile, as newly appointed prime minister Margaret Thatcher (played with pitch-perfect precision by Gillian Anderson) rises to power and implements a string of unpopular economic policies, the general public’s unhappy response is represented in song as well (The English Beat’s “Whine and Grine/Stand Down Margaret”). “Margaret Thatcher’s politics received a musical uprising throughout the 1980s,” says Bridge. “A wealth of politically motivated and protest songs led to Thatcher being the one of the most condemned politicians in British music.”

This is heavily illustrated in episode five, “Fagan”, which follows out-of-work house painter and decorator Michael Fagan, who keeps hitting bureaucratic dead ends as he waits on the dole line. Fruitlessly looking for work and trying to keep from losing his children in a contentious divorce, Fagan breaks into Buckingham Palace and tells Queen Elizabeth how much the country’s working class is struggling.

“Fagan is the personification of Thatcher’s Britain as lived by the working classes,” Bridge says. “He’s an unemployed father of four struggling to survive in that early 1980s era of the Thatcherite economic experiment.”

For the episode, Bridge was drawn to music that “invited the audience into Fagan’s world and reflected the tonal landscape at play” – songs by bands such as Joy Division, The Cure and The Specials. “It was really important to give authenticity to this period through music while juxtaposing the bleakness of his world, a disillusioned Britain against the richness of the Royal Family.”

The show’s next season will take the Royal Family into the 1990s, a decade that brought divorce, death and even more disillusionment. Bridge’s prospective playlist is probably overflowing already.