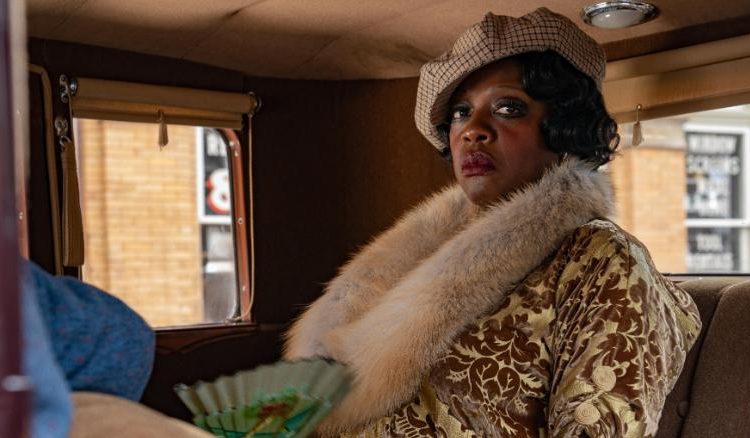 Although constructed as an ensemble piece, Viola Davis’ turn as the title character — the “Mother of the Blues” of the 1920s — and Boseman’s as her ambitious trumpet player stand out, reflecting how the era’s racial inequality translated into thinly concealed rage. On that score, the film’s lessons echo into the present, in ways both clearly intended and that feel more relevant in light of recent events.
Directed by George C. Wolfe from an adaptation penned by Ruben Santiago-Hudson (and counting Denzel Washington among its producers), the action unfolds almost entirely within a dingy Chicago recording studio. Ma and her band have made the pilgrimage from Georgia to make a record, but tensions within the group, as well as between Ma and her manager (Jeremy Shamos), bubble beneath the surface, and occasionally boil over.
Boseman’s Levee has big dreams, which include bringing his own creative spin to Ma’s songs, which simply won’t fly with her. “You play Ma’s music when you’re here,” he’s told by Cutler (“Fear the Walking Dead’s” Colman Domingo), a band veteran along with characters played by Glynn Turman and Michael Potts.
Levee, moreover, is braving Ma’s wrath in more ways than one, having set his eyes on her girlfriend (“Hit the Floor’s” Taylour Paige). He also yearns to have his own group, forcing him to behave solicitously toward the white manager and producer, despite a painful past that he recounts in searing detail.
As for Ma, she arrives characteristically late, carrying on like a typical showbiz diva, demanding her three Coca-Colas before she’ll sing a note and repeatedly threatening to cancel the whole session and retreat back to the South.
After a time, the underpinnings of that combative posture become plain, reflecting her recognition that those looking to cash in on her talent “don’t care nothing about me. All they want is my voice.”
Wolfe does what he can to open up the presentation, but the long monologues and rat-a-tat banter make the stage roots almost impossible to shed. Fortunately, Davis and Boseman deliver powerful performances, lashing out at those around them — especially, in Levee’s case, because of constraints in terms of where and how he can direct his anger.
While “Black Panther” remains an enormous part of Boseman’s legacy, his flashy, fast-talking role here — using music as a means of seduction — demonstrates his extraordinary range and at least while watching nearly erases considerations beyond what’s on screen, which is no small feat.
Davis, for her part, sinks her teeth into another larger-than-life character as only she can, with the one complicating factor being that her relatively limited screen time makes the meaty role hard to categorize from an awards perspective. The film, incidentally, is a reunion of sorts, since she previously co-starred opposite Washington in the adaptation of Wilson’s “Fences.”
Amid its concerted awards push, Netflix has been particularly aggressive about bringing theatrical works to living rooms, including “The Boys in the Band,” “American Son” and the upcoming “The Prom.” In terms of timing, approximating the intimacy of theater — as difficult as that is via TV — is extremely well timed with stages closed due to the pandemic.
At just over 90 minutes, “Ma Rainey” — like any savvy performer — doesn’t overstay its welcome, or risk stretching the premise beyond its weight. Thanks to its leads, rather, it belts out a few showstopping moments, before taking that last, well-deserved curtain call.
Read from source: https://edition.cnn.com/2020/11/20/entertainment/ma-raineys-black-botton-review/index.html
Share on FacebookShare on Twitter
Malmo Express NewsNovember 23, 2020