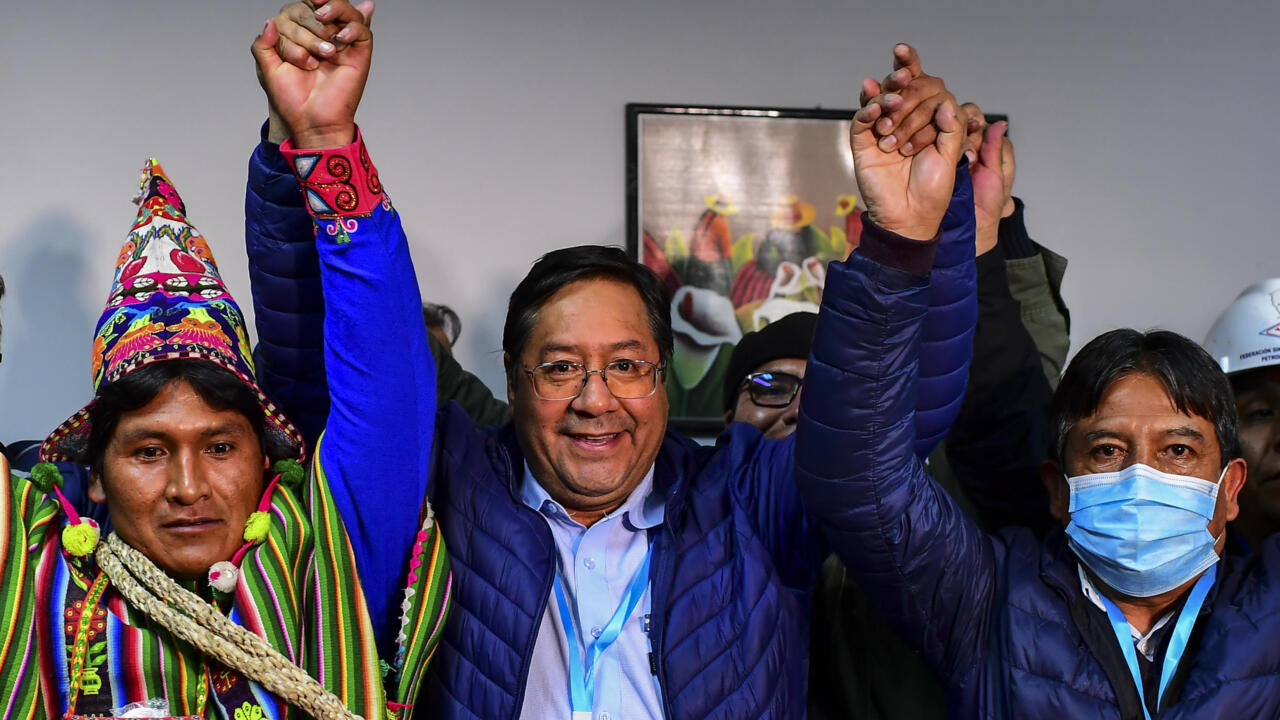 Bolivia's socialist candidate Luis Arce looks set to win the country's presidential election without the need for a run-off, an unofficial count indicated on Monday, putting the leftwing party of Evo Morales on the brink of a return to power.

The quick-count from pollster Ciesmori, released by Bolivian TV channel Unitel around midnight on Sunday, showed Arce had 52.4 percent of valid votes, more than 20 percentage points above the second-place centrist rival Carlos Mesa, who had 31.5 percent.

The official count had reached just five percent of votes cast, and exit polls had been delayed hours after polls closed, leaving Bolivians in the dark about the election result. A candidate needs 40 percent of the votes and a 10-point lead to win outright.

"All the data known so far indicate that there has been a victory for the Movement towards Socialism," Morales, who handpicked Arce and has been closely advising the campaign, said in a press conference in Buenos Aires.

Arce, a former economy minister under Morales, sounded confident of victory without explicitly claiming the win at his own press conference shortly after midnight in the Bolivian capital La Paz.

"We are going to work, and we will resume the process of change without hate," Arce told reporters. "We will learn and we will overcome the mistakes we've made (before) as the Movement Toward Socialism party."

"Very grateful for the support and trust of the Bolivian people," Arce posted to Twitter on Monday. "We have recovered democracy and we will regain stability and social peace. United, with dignity and sovereignty."

Conducted amid the ongoing coronavirus pandemic, Sunday's poll was regarded as a test of democracy in the Andean nation after last year's election was annulled following allegations of vote rigging, which sparked bloody protests and led to Morales quitting after almost 14 years in power.

Jeanine Anez, the conservative interim president who took over in a power vacuum last year, said that it appeared Arce was the election winner and offered her congratulations.

The election outcome, if confirmed, is chastening for the country's conservatRead More – Source