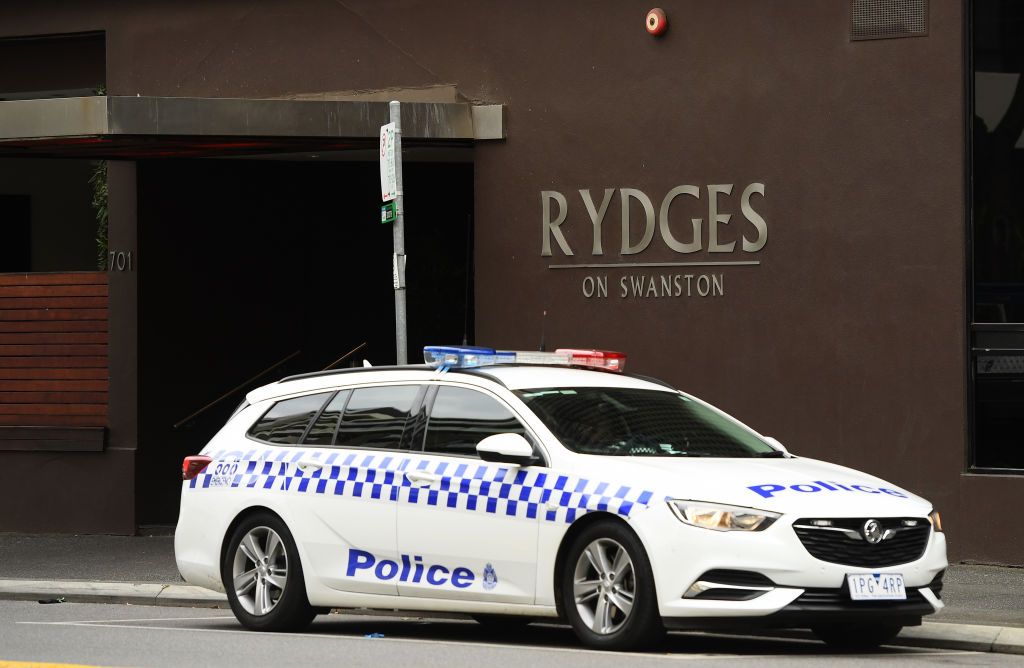 About 90 percent of Victorias current COVID-19 cases can be traced back to a family of four who quarantined at a Melbourne hotel, an inquiry has heard.

Department of Health and Human Services epidemiologist Charles Alpren has confirmed the states deadly second wave is attributable to outbreaks at the Rydges on Swanston and Stamford Plaza hotels.

“Approximately 99 percent of current cases of COVID-19 in Victoria have arisen from Rydges or Stamford,” Alpren told the states hotel quarantine inquiry on Aug 18.

“However I cannot be very precise in the number or proportion to have arisen from each outbreak separately.

“It is likely that the large majority – I said in my statement approximately 90 percent or more – of COVID-19 infections in Victoria can be traced to the Rydges Hotel.”

Alpren said the Rydges outbreak started with a family of four returning from overseas on May 9 and moved into the hotel on May 15 after displaying coronavirus symptoms.

By May 18, all four had tested positive.

A week later, a hotel staff member and two security guards were diagnosed with COVID-19. It is not clear who was the first of the three to contract the virus.

By mid-June, a total of 17 workers at the hotel and their close contacts had tested positive.

In his witness statement tendered to the inquiry, Alpren said the family was “approved to walk outside their room, during which time they were accompanied by security guards”.

Nursing staff also visited their room on May 18 after a contamination issue.

But no cases have been identified from either of the events, Alpren said.

“Transmission could have occurred directly from the family to staff or through contamination with virus of surfaces in the hotel with which staff then had contact with,” his statement reads.

At the time of the Rydges outbreak, there were very few other cases of COVID-19 in Victoria and just 19 people had died from the virus.

Another outbreak also emerged at the Stamford Plaza, which was traced back to a man who returned from overseas on June 1 and a couple who returned on June 11.

A worker at the Stamford Plaza was the first to show symptoms on June 10 and tested positive on June 14.

Some 46 workers at the hotel and their close contacts were found to have caught COVID-19.

Having analysed the genomic sequencing of 5395 active cases, Alpren said 3594 could be linked to the Rydges hotel.