Hammond will today unveil his economic plan for Britain amid uncertainty over the fate of Brexit and mounting pressure to end almost a decade of austerity.

With Brexit less than five months away, Hammond admitted he would need a “different” economic strategy altogether in the event a deal cannot be struck with the EU.

The chancellor is nevertheless expected to partly deliver on Prime Minister Theresa Mays pledge to increase public spending to show the British public “their hard work has paid off”.

More funds for Universal Credit welfare reforms and a £2billion cash injection for mental health services are among the spending promised expected to be announced in the budget, which starts at 3:30pm.

To fund these spending pledges, Hammond is expected to raise funds in the form of tax increases that could prove politically unpopular.</span></span> 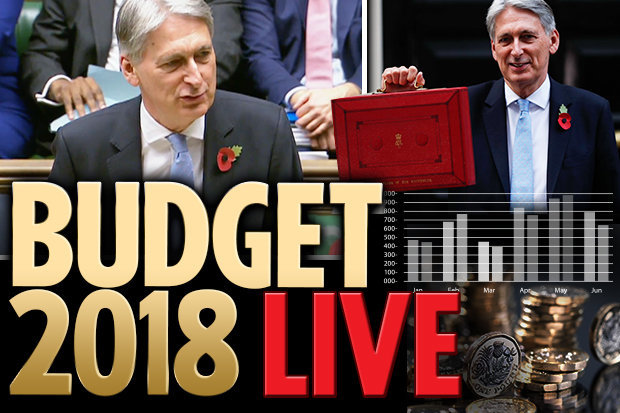 Duty on fuel, alcohol and tobacco – the so-called “sin taxes” – have historically been low-hanging fruit for chancellors looking to raise funds for the public coffers.

“It would be reasonable to expect cigarette tax to go up,” Steve Webb, former government minister, told Daily Star Online.

He believes the treasury could be missing up to £1.2bn a year by 2023 as a result of people paying tax as if they were self-employed, The Sun reported.

However, if Britain cant agree a Brexit deal with Brussels, Hammond has said his financial plans will be scrapped and an emergency budget called.

"If we don't get a deal … we would need to take a different approach to the future of Britain's economy," he said.</span>

Theresa May appears to have scuppered Hammonds plan for Brexit just hours before his budget.

The PM intends to go ahead with all spending commitments made in the budget “irrespective of a Brexit deal”, according to a briefing at Downing Street this morning.

That position directly contradicts Hammond, who said on Sunday he would need to adopt a “different” in a no-deal scenario.

STEEP: Britain is one of the most expensive places in the world to smoke (Pic: GETTY)

Tax on fuel, alcohol and fags

Steve Webb, who served as pensions minister in the coalition government of David Cameron, expects tobacco and alcohol duty to be hiked in the budget.

He believes they are likely to be raised in line or above inflation – currently 2.4% as of September.

In last years budget, Hammond hiked tobacco duty at the rate of inflation – at the time 3% – plus a further 2%, punishing Britains estimated 7.5 million smokers.

If alcohol goes up in line with retail prices index – currently 3.4% – as it typically does, an extra 2p will be added to a pint of beer.